The ancient Dhankar fort with the spectacular views

Dhankar Gompa is a small village and a Gompa, a Buddhist temple in Lahaul and Spiti districts of Himachal Pradesh, India. It is located at an altitude of 3,894 meters (12,774 feet) in the Spiti Valley above the Dhankar Village. The Dhankar Monastery is a 16th-century fort monastery, that has served the purpose of a prison in the earlier era.

The complex has been built on a 1000-foot (300-meter) high spur that overlooks the meeting of the Spiti and Pin River. The word Dhang or dang means cliff and the word kar or khar means fort. That's why Dhangkar means a fort on a cliff. 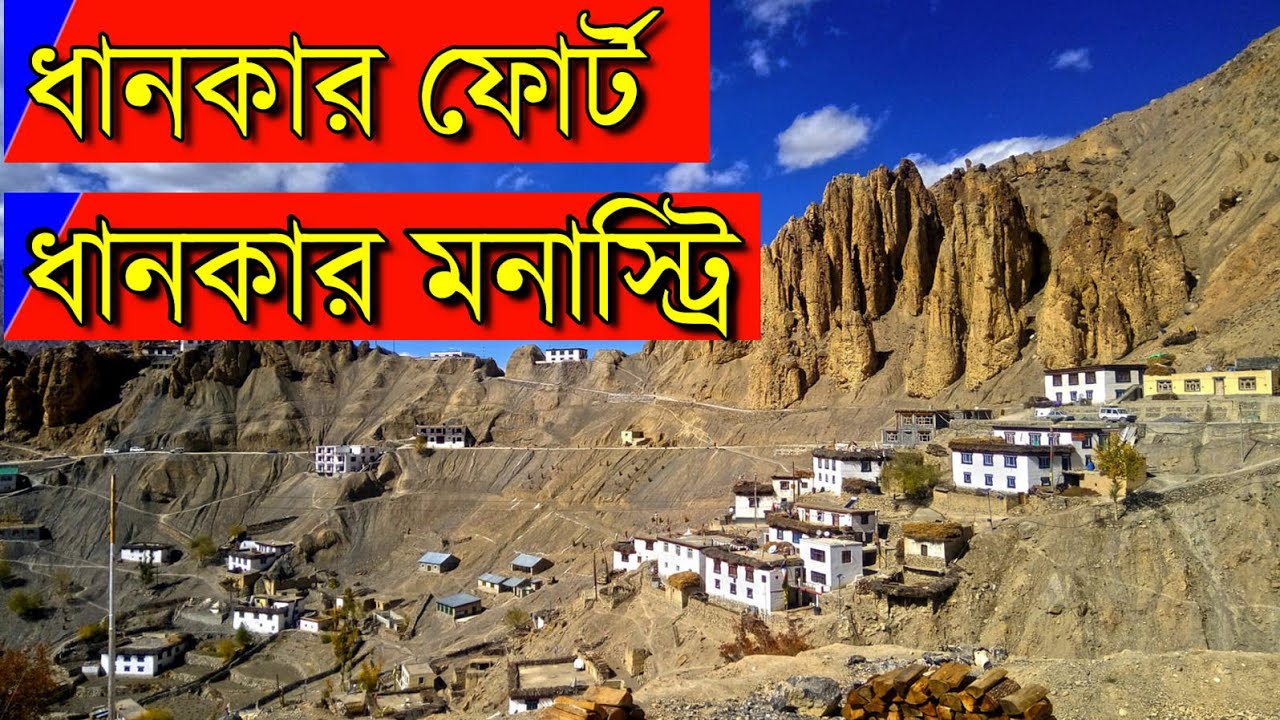 Dhankar just like the Key Monastery and the Tangyud Monastery of Spiti, and the Thiksey, Likir and Rangdum monasteries located in Ladakh, have also been built like a fort monastery. It has been said that there were 90 monks in the year 1855.

Dhankar Village is one of the most beautiful places located in the valley of Lahaul and Spiti. The amazing Dhankar Monastery and the Dhankar Fort are located right on the top of the hill in the Dhankar village. The Dhankar monastery is located just below the Fort. The Monastery has many beautiful wall paintings that tourists can explore when they are here. 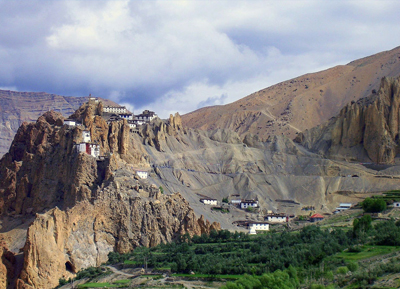 Dhankar village has one of the most superb settings for a fort in the World. Although, as of now the village ground is weak because of the wind erosions and the rains. The state of the Dhankar Fort is worsening due to the soil erosions.

The old complex had been found between the 7th and the 9th Century. The temple has occupied the southern area of the mountain slope of Dhankar village. It is popularly known as Lha-O-pa Gompa (it is the monastery of the followers of Lha-O). 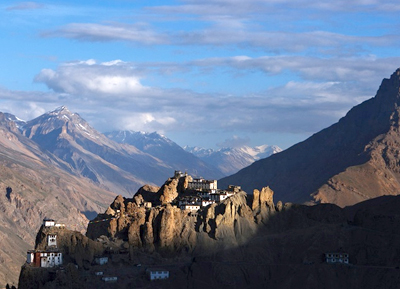 The Dhankar monastery consists of several multi-story buildings that are built together and give a very fortress-like impression. It has a total of five halls that include Kanjur, Lhakhang, and Dukhang (you will find a life-size silver statue of Vajradhara, the Diamond Being, that has been placed within a glass altar decorated using scarves and flowers.

One of the main attractions at Dhankar is the freshwater lake located around 2.5 km from the Dhankar village. The lake is surrounded by green pastures and serves as a beautiful camping site. In the coming time, boating facilities may also be introduced.

The thing one should keep in mind while visiting the village is that there will be no rest house available. If you wish to stay there for the night, then it is a must to carry your own tent, sleeping bag, and other stuff.

The Dhankar Fort has been declared as one of the top 100 of the World's most endangered sites. It attracts a lot of tourists who like to explore the place and capture the beauty all around.

The key structure of the fort has been supported on the cliff base. To reach the Dhankar Fort there is a Motorable road that leads at a passage to climb in the direction of the fort. The view of Dhankar Lake from the Fort is spectacular and the visitors can do activities such as photography and sightseeing.

Due to the repetitive attacks from the Mongols and after several destructions, the Dhankar fort is in ruins, but the fort is still there and the tourists can experience amazing views of the vast Spiti Valley from the Dhankar Fort.