Gear up for the Unheard Music & Arts Festival 2020

There will be yet another exciting music and arts festival that will last three days. The Unheard Music & Arts Festival will be hosted at a location just 15 kilometers away from Dharamshala at the Hills Venture Park from 7th March till 9th March 2020.

You will get the opportunity to enjoy all kinds of indie pop-rock music and participate in several art workshops at this popular festival alongside enjoying the beauty of the hills. Attend all the beautiful performances by various artists such as Gaurav Kadu and Arjan D Singh and you will also get to sit through some of the hilarious comedic acts done by Jasmeet Bhatia (Observational comedy), Mohit Morani (Topical comedy), Ravi Gupta (Shudh Desi Comedy), Saurabh Pandey (Observational Comedy) and many others. 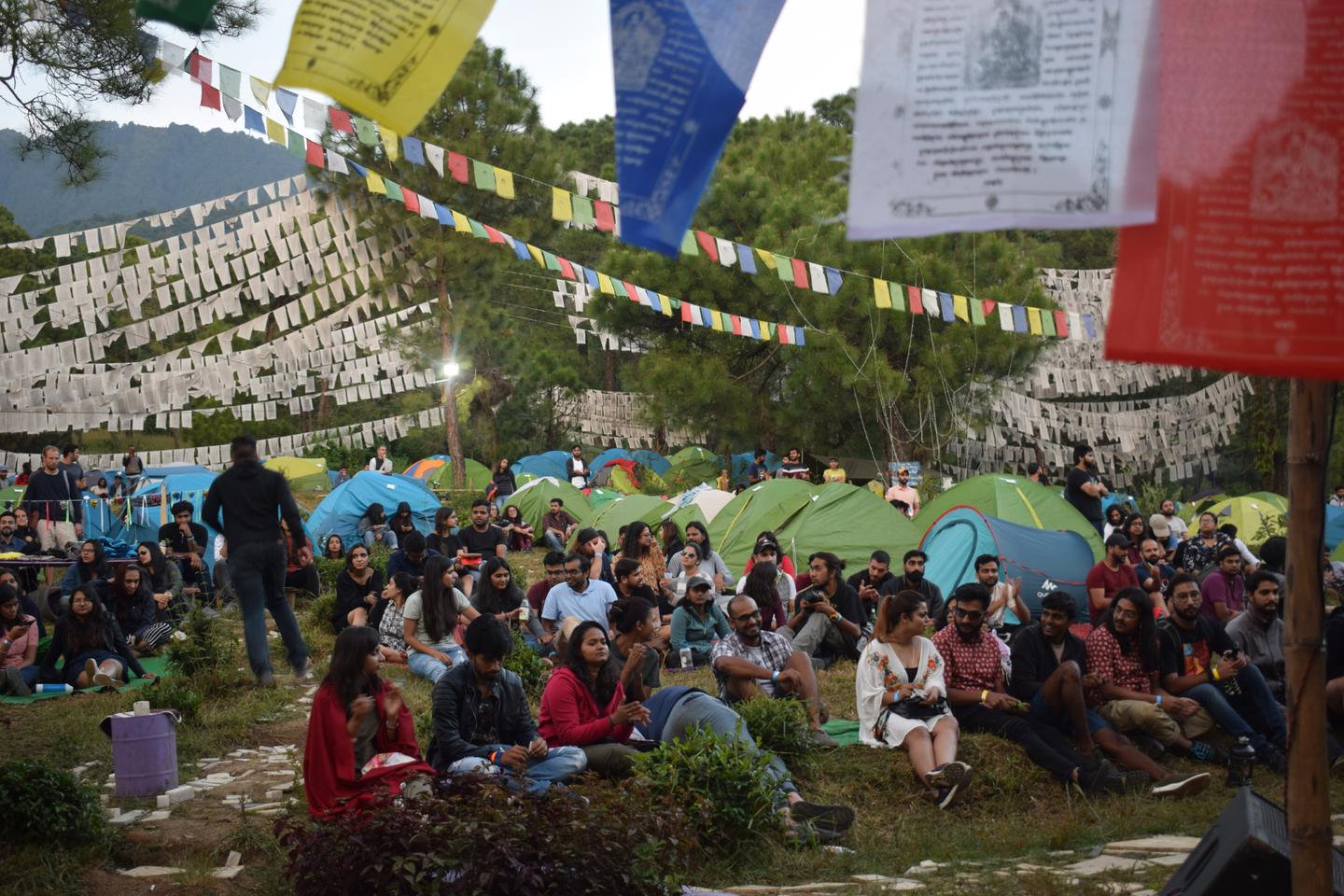 You are not just there to watch others but also to participate in some of the most interesting activities including open mics and jamming sessions, exploration of the nearby flea markets and food stalls, several workshops on various subjects including drum therapy and musical doodling. In addition to this, you can become a part of the Holi Celebrations right at the campsite.

The excitement doesn't end just yet. For all the adventure lovers, there are several activities to get your dose of adrenaline rush fulfilled. Some of these include ATV rides, rock climbing, rappelling, slingshot-bungee, zipline, trekking and archery at the festival's location. moreover, there will be plenty of amenities available for a comfortable stay for you. The fest organizers have decided that the festival will be a no-plastic zone. The weather will stay cold and sunny throughout your stay here.

A music festival, that too on the mountains is something that nobody can say no to. Dharamshala is a popular district in Himachal Pradesh that attracts tourists all around the year. We will suggest you to not miss this event that will be attended by people from all across the world.

The venue of the festival has been equipped with all the essential amenities. The first two days of this music festival are going to be very promising with some of the most impressive acts. Artists who are lined up to perform at the festival include Gaurav Kadu (Indie, Pop & Rock), Arjan D Singh (Indie Pop), Danish Jaitly (Singer, Songwriter, and Guitarist), Kalyani (Indie singer, songwriter), Aashran Mahajan (Folk & Pop), Mazhab the Band (Soulful Rock), Mountain Music Project (Contemporary Himachali Folk), Vikalp Sharma (Indie singer, songwriter), Fakiri (Himachali folk & songs of protest), Atharva Phadke (Rock) and many others.

Apart from these beautiful music performances, there will be a number of workshops held to keep you entertained. A few of these workshops include Nati Dance Workshop (by Sakshi Sharma), Drum Therapy (by Geetanjali, Siddhant & Anoop), Fluid Acrylic Art Workshop (by Arzoo Bajaj), Musical Doodling (By Rohit Soni), Hatha Yoga (by Anuja Rawat), Meditative Mandala workshop (by Aashi Mishra), Poetry Workshop (by Saumya Kulshreshtha) and many others. There will also be Comedy gigs for you at the festival. It is one of its kind festivals.

Enough Space will also be provided for the practice of mindfulness at these workshops as well as for dancing during the music performances to just enjoy every second you spend here. The organizers have tried their best to make sure that you return with the most beautiful memories and experiences.

One of the reviews of the music festival by someone who attended reads, "Amazing experience.. kudos to your team.. you guys are angels.. always ready to serve with a smile.. relentlessly.. so down to the earth. The music was awesome.. happy to see a new generation of talented artists.. love the energy of the participants.. had a great time. Keep creating guys. love you loads", by Anil Mitra.

Some of the popular attractions of Dharamsala include the Dharamsala Cricket Stadium, War Memorial, Dal lake, Tea Garden Dharamshala and the Dalai Lama Temple. However, Mcleodganj is famous for its Bhagsu Nath Temple, Namgyal Monastery, Bhagsu Falls, Tsuglagkhang, Triund, and many others.

The bus that will take you straight to the Unheard Festival will be leaving from Delhi (Majnu ka Tila) in the evening.

- After reaching Unheard Music and Arts Village, Check-in to the camps firstly.

- The performances will take place starting from 2 PM till 10 PM.

- Attend the Open mic and jamming sessions as well.

- Take part in the workshops or the open mic.

- Go shopping and explore at the flea market in the camping village.

- The performances will begin from 2 PM to 10 PM. The schedule of the Artists will be available soon.

- Attend the Open mic and jamming sessions as well.

- The Indian Festival of Holi is celebrated this year on 9th March. There will be Holi celebrations at the campsite. The guests to keep in mind that Holi will only be played using dry colors.

- Boarding the buses back to Delhi will happen in the evening and the bus will reach back to Delhi early morning on 10th March 2020.

The Unheard Village is located at the Hill Ventures Park around 15 km away from Dharamsala. The Village is spread across 4 acres and surrounding it from all sides is the Dhauladhar Ranges of the Himalaya. Several adventure activities will be available at the Unheard Village for the adventure seekers. Some of these include ATV ride, rock climbing, rappelling, slingshot-bungee, zipline, trekking, and archery. The flea market and stalls serving the local food will be set up at the village itself. Proper hygiene arrangements will also be available there including western-style proper toilet arrangements. It is a no plastic event.

You can check out their website to find out more details about the festival. The Unheard Music and Arts Festival 2020 will be hit just like last year. So why wait? Book your tickets now.

Also read:- Take a trip to the Gue Village in Spiti Valley to get a Mummy Experience