Do you remember your favorite Cartoon Network channel that you loved to watch as a kid? The amazing Johnny Bravo, the super-powerful Powerpuff Girls, Dexter's Laboratory, Kid's Next Door, Courage the Cowardly Dog, Samurai Jack, The Flintstones, The Jetsons, Scooby-Doo, and his gang and so many other cartoon characters that you admired in your childhood. The 90s kids can definitely recognize these cartoon characters as these were all we watched during our childhood days. Get ready to relive those amazing days as a Cartoon Network Hotel is about to open at Lancaster Pennsylvania. The bookings for the Hotel will start in June 2020.

The Hotel has character-themed guest rooms, dream suites, the quirkily designed lobby. The Hotel has been constructed over an area of 9-acres. It has a total of 165 rooms, an outdoor water park, an indoor pool, a game room, a play area, a cafe, a Cartoon Network souvenir store and many more.

Mr. Rolf Paegert, The CEO of Palace Entertainment, said in a statement that the Cartoon Network Hotel will be different from any properties in the region. The theme of the Cartoon Network characters will add the needed vibrancy to the hotel. And it will provide the guests with interactive and magical experience around the Hotel. The hotel will be setting the standards for a guest-focused and theme lodging immersion, he added.

The exact date of the opening of the Cartoon Network Hotel has not been confirmed yet. But, you can make plans for spending your summer vacations at the hotel. The price for the standard room of the hotel is starting from $289( 20,737) per night. While the price for the Dream Suite will be starting at $489 ( 35,088) per night.

“From the time you enter the lobby of the Hotel, you'll realize this is not like any place your family has stayed in,” as per the hotel's site.” With our character-themed guest rooms and the Dream Suites, it feels like a sleepover in a cartoon!

The Cartoon Network Hotel was planned to be opened in the previous summer but there were a few troubles along the way. You can even play and win the prizes in the Ben 10 Omnicade, as well as the VR games. You might head out to the outdoor Land of P’oool for a dip or indoors for a swim. The hotel also shows exclusive cartoon screenings. The hotel will also conduct the Trivia nights where questions about the shows of the channel will be asked.

The Cartoon Network Store has all the exclusive merchandise that can't be found anywhere else. These include the toys and apparel from cartoon network shows such as the Adventure Time, Ben 10, The Powerpuff Girls, We Bare Bears, The Amazing World of Gumball and many more.

Come and dine at the "Cartoon Kitchen" that serves yummiest dishes. There is also a Bearista Café where you will find various hand-crafted coffees, teas, specialty drinks, sandwiches, and snacks as well.

You can even celebrate your birthday here with your favorite themes such as a Powerpuff themed party or a Ben 10 Themed party. These will also be the themed cakes and party favors and a special surprise for the birthday girl or boy.

So what are you waiting for? Plan your next vacation to this amazing Cartoon Network themed hotel if you are a die-hard fan. 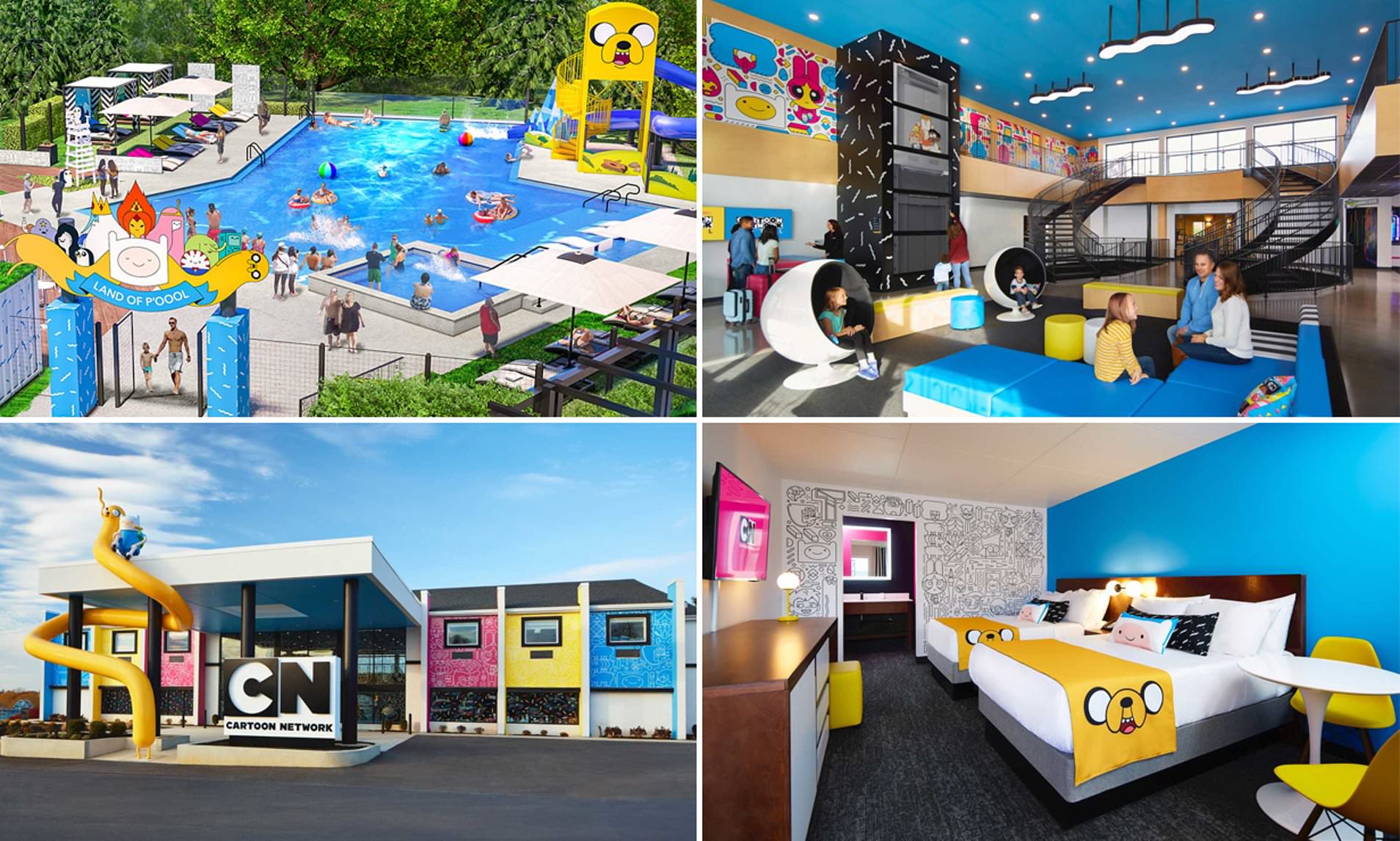 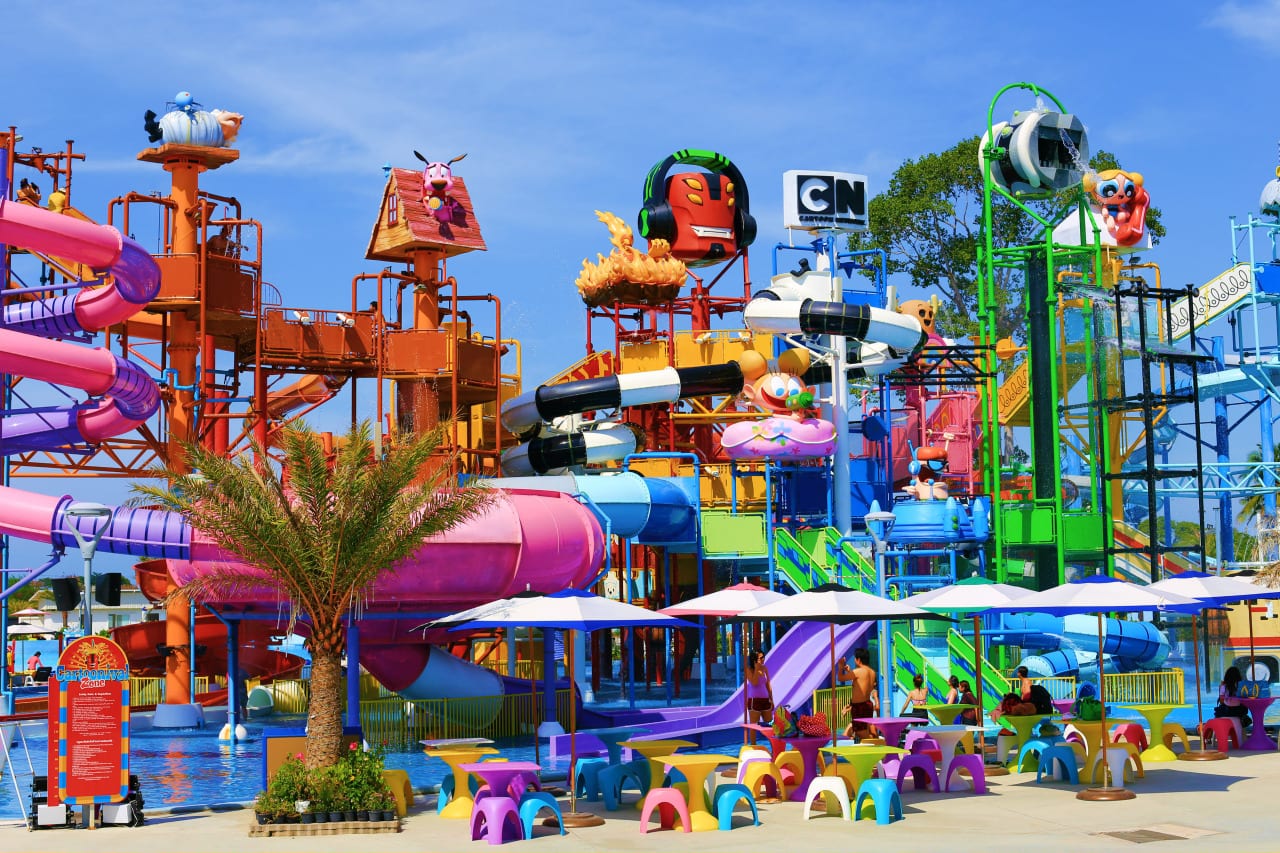