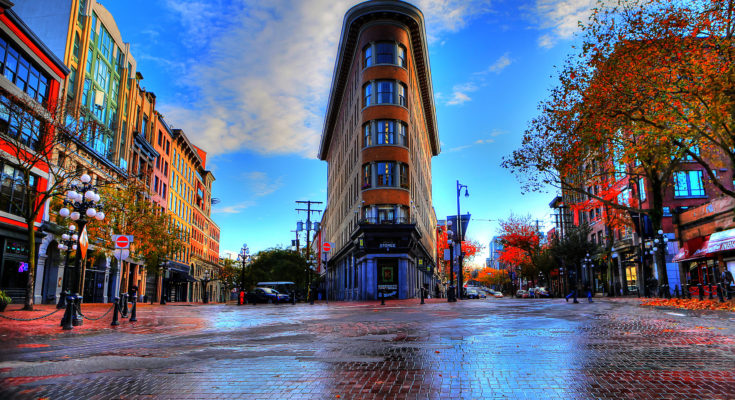 Best Place to visit in Vancouver,Canada

Cover Stories Mar-29-2018 by Aksha Pathak
Vancouver is a beautiful coastal seaport in Canada. It is the city with the highest population in its province. With the taste of both mountains and beaches, Vancouver is definitely one of the most beautiful cities in the world. Downtown Vancouver is the south-eastern area of the island and is located at the peninsula in the Strait of Georgia, it is bounded to the south by the delta of the Fraser River and to the north by a deep fiord reaching far inland (Burrard Inlet). The north area is no less at it boasts of snow-capped mountains which sing a glory of their own. The city got its fame when the 2010 winter Olympics were organized here. Here are the best places you must visit when in VancouverSTANLEY PARKThis lush peninsula park has giant trees adjacent to Downtown Vancouver with a terrific view which remains constant throughout the park. The seawall park encircles a lush green park with beautiful blue waters on one side. The park offers many activities for the tourists and they can go around the park by foot or with a bicycle. The major tourist attractions here range from the totem poles at Brockton Point to the west coast sea life at the Vancouver Aquarium. GRANVILLE ISLANDOnce only an industrial area the Granville Island is now one of the most major and busiest tourist attraction in Vancouver. The area provides a relaxed atmosphere but people engaging in different activities throughout. The Granville Island Public Market is one of the most popular places for selling fruit, vegetables and a variety of different edible foods. Their specialty is also ready to eat items which taste equally delicious. It is connected to the residential area by road and the footbridge links the south. You can also go to Downtown Vancouver by ferry as the arts hub has very convenient connectivity.Location: South of the Granville Street Bridge GROUSE MOUNTAINThe Grouse mountain is famous for its weather in both summer and winter seasons. The view is especially terrific at night when the city lights are on and the view is nothing short of heaven. A gondola runs constantly and on a daily basis from street level to the summit. The mountaintop attracts hikers, explorers, and enthusiasts from all around the globe with activities like dining, wildlife, and various other activities. In winters when the mountain is covered with snow activities like outdoor skating, snowshoeing, skiing and snowboarding are on the rise. As the locals call it Mother Nature's Stairmaster the Grouse Grind is the most famous trail for hiking.Hours: Daily 9 am to 10 pmAdmission: Adults $42, seniors $38, youth (13-18) $24, children (5-12) $14Address: 6400 Nancy Greene Way, North Vancouver MUSEUM OF ANTHROPOLOGYAnthropology refers to the study of human and human behavior and their culture in the past. The museum has cultures throughout the world but focuses particularly on the British Columbia First Nations as it is a part of the University of British Columbia. The exhibits here showcase totem poles in the Great Hall and native arts. Other exhibits include ethnographic and archaeological objects from different continents like Asia, the South Pacific, the Americas, Africa, and Europe. This giant building was originally a share of the WWII-era fort. A local architect Arthur Erickson transformed this old building into a class apart museum. Other major attractions are the Wreck beach shoreline, Beaty Biodiversity Museum, and the UBC Botanical Garden with varied plants and the very famous Nitobe Japanese Garden.Hours: Daily 10am-5pm (until 9 pm on Tuesday)Admission: Adults $16.75, students and seniors $14.50Address: 6393 NW Marine Dr, Vancouver KITSILANO BEACHAn epitome of the fun, relaxed and laid-back life of Vancouver, the Kitsilano Beach is a sandy shoreline. Locals generally hang out here to go for swimming in the naturally heated water of the beach or just enjoy the urban beaches with gorgeous gigantic mountains in the backdrop. The view remains wonderful throughout the city. Along with that, there are also numerous cafes and places where you can hang out with. There also trails where you can go for a nice walk or jog in addition to a shopping line where tourists can shop and have a good time.Address: 2305 Cornwall Ave, Vancouver