Domestic Feb-17-2020 by aditi verma
Gurudongmar Lake is popular as one of the highest lakes in the world and in India as well. The lake is located at an altitude of 5,425 m (17,800 ft) in Sikkim. The Gurudongmar lake has been considered sacred by the Buddhists, Sikhs and Hindus.

Gurudongmar Lake is popular as one of the highest lakes in the world and in India as well. The lake is located at an altitude of 5,425 m (17,800 ft) in Sikkim. The Gurudongmar lake has been considered sacred by the Buddhists, Sikhs, and Hindus.

It got its name after Guru Padmasambhava who is also known by the name of Guru Rinpoche. He was the founder of Tibetan Buddhism and had visited the place in the 8th century. It is believed that the Guru had blessed the water with strength and virility.

The lake is situated north of the Kangchengyao range in a high plateau area. It also provides a source stream that joins the Tso Lahmu after which it forms the source of the Teesta River. The Gurudongmar Lake is completely frozen during the winter season from November to Mid-May.

The area that surrounds the lake is known as Gurudongmar. It has been inhabited by the Yaks, blue sheep and other animals of high altitude areas. It is a freshwater lake and had been very clear. But with time, due to the pollution all around, the lake has got a white tinge and lesser visibility. The lake is also one of the primary sources of water for the people who live there.

The lake is one of the most popular places in the state of Sikkim. The Chinese Tibetan border is located only a few kilometers away from the lake.

If you need to reach North Sikkim, them you will require a special permit (Inner Line Permit). The permit is only given to the Tourists through the contact of an authorized tour operator. Nobody other than the Indian tourists is allowed to visit Gurudongmar Lake. For the international tourists, the tour of North Sikkim will only be limited to the Chopta Valley located a few kilometers near the lake. 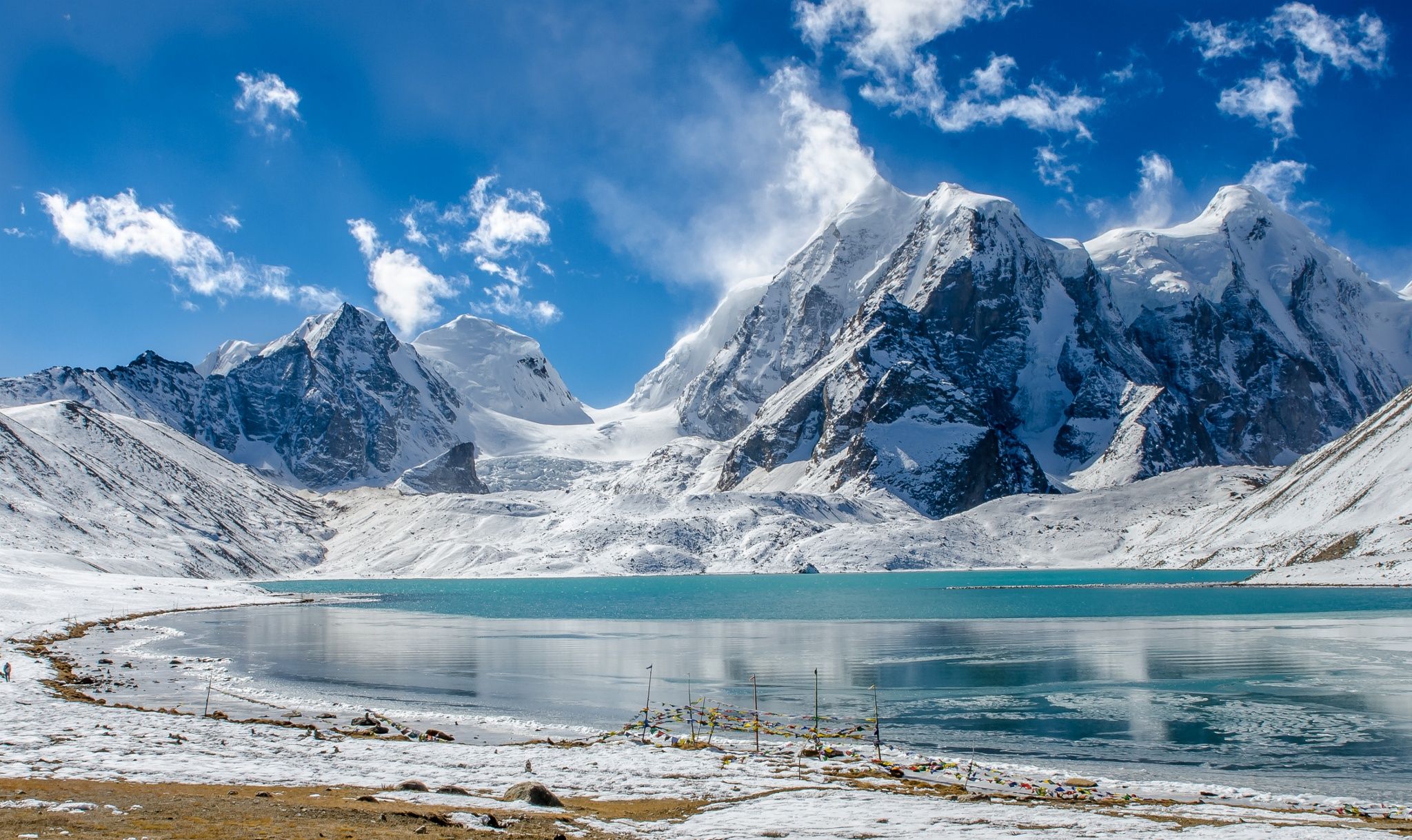 The tourist accommodations are available only at Lachen located 68 km (3 hours) away.

The terrain that leads to the Gurudongmar Lake is hostile but beautiful at the same time. There is not much vegetation there and the road is a stony unpaved path. As the lake is located close to the Chinese Boarder, there will be landmines and the Indian Army will be seen everywhere. Because of the high altitude, you may face many breathing problems as well. It is not advised to spend too much time at this High-altitude Lake.

As per the rules, this part of North Sikkim can only be visited through a package tour. Individuals cannot visit the place of direct nature beyond ours that are organized by authorized travel operators like nature beyond are allowed to visit here. An ideal tour package would be of a minimum of two night three days tour from Gangtok to Gangtok.

Some of the places that you can visit near the Gurudongmar Lake include Lachung, Lachen, Thangu Valley, etc.

A visit to the Gurudongmar Lake will not be less than an experience of a lifetime. It is a paradise on earth.

Also read:- Visit the Ananthagiri Hills near Hyderabad for a peaceful vacation