Domestic Dec-27-2021 by admin.ngtraveller
Exploring Ladakh is like going through a different world. You are never really prepared for the bevy of uncanny scenes, the outlandish sights, beautiful views, among other things. Here we are taking you to Nubra Valley, which is one of the more prominent tourist destinations. But here lies a hidden gem that you may not explore during your visit to Nubra. 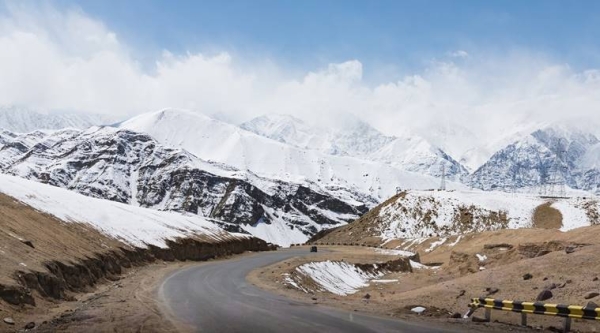 Tegar is a high-altitude village in Nubra Valley, and here lies a palace in ruins. The Zamskhang Palace, or what is leftover of it, is an obscure place of interest for anyone who would like to explore the history of the place. The first thing you are probably going to notice about this place is its stupas that surround it.

To reach the Zamskhang Palace you have got to go on a hike from the village of Tegar. But sure enough, it gives you a feeling of being an explorer, in search of the uncharted locales of Ladakh.

The palace is said to have been built in the 17th century, and was home to the Governor’s family at that time. An example of fine Tibetan palace architecture, it bears resemblance to the King’s Palace in Leh. There is not much left of the palace now, but there is a prayer room that is still in use. Here inside this room you will find beautiful statues, and thangkas. Thangkas are beautiful Tibetan Buddhist paintings, usually done on cotton or silk. These paintings depict Buddhist deity, or a mandala.

The palace has a total of three floors, along with four balconies located on the second floor. A gem of a destination, it can give travellers an insight into the life and times of the ancient people of Ladakh. Moreover, it is one of those places that are not visited by too many tourists.