Plan your stay in India's first Igloo Stay in Manali

If you are done staying in boring hotel rooms and want to enjoy an adventurous stay in a room made of snow and ice, then the amazing Igloo Hotel in Himachal is just what you should be planning for!

Although staying in an Igloo is available only in some of the countries and is now set up in Manali. It is going to be the third consecutive year when the tourists will get to experience a thrilling stay in an Igloo in Manali. Two young people have taken the initiative to introduce the concept of an Igloo in India for the purpose of bringing in more tourists to experience staying in an igloo. They have built the Igloos near the Sethan village in the Hamta Valley near Manali. It is situated at an altitude of around 9,000ft. There is heavy snowfall in that area, as well as the low temperatures, offer the perfect environment to build the igloos.

There are a large number of people who love the snow and crave adventure and thrill. Staying in an Igloo is one such adventure that people would love to experience. It is not just the tourists but the local people also wish to experience an Igloo stay. But, the abnormally high temperatures during the winters have led to a challenge before the owners because of the fast melting of the snow.

An Igloo in the beautiful hill station of Manali fitted with cozy bedding sounds so dreamy. The owner of the Igloo stay in Manali, Mr Tashi Dorje has said that the temperatures are currently favorable for the igloos as they will not be melting until Feb end or Mid-March. Mr Tashi added, “We are now expecting to get more snow so that the tourists can get a chance to stay in the igloos till the end of the March. We have received a great response from the tourists who've stayed here in the very first year of introducing the igloos. The bookings are currently open and we are ready to welcome the adventure lovers out there.”

The igloos are well equipped with nice bedding, table, lightings and other essential things to make the guest's stay comfortable and memorable. The Owner also said that as they had no idea of how to build an igloo, he and his group of friends took the help of youtube videos. He added, “We make the snow blocks and join them so as to give a shape to the structure. The temperature inside the igloo is much higher than the outside. We have made the structure stable and it is also very safe.”

The tourists can also enjoy various winter sports activities including skiing, tube sliding, snow sledding, snowboarding, and many other activities right outside the igloo. They provide the guests with everything from blankets, sleeping bags, special snow dresses, meals and skiing kit. An interesting fact is that the guests can also try to build an igloo on their own.

There is beauty all around the route to the igloo site that amazes the tourists. The owner said that the concept of an igloo stay came to his mind a few years ago but he couldn't execute it. But, then in the year 2017, Tashi gave it a try and in turn, received an amazing response from his guests. It is an eco-friendly concept that doesn't even require any wood, timber or other construction materials. It is built of snow which eventually will melt as the temperatures rise.

You will find that Igloos are mostly found in countries such as Finland, Switzerland, Iceland, Norway, Sweden, and Canada. The igloos are mostly associated with the Eskimos. Igloos were used earlier by Canada’s Central Arctic people, Norway, and Greenland. And finally, you can experience an igloo stay in India. The only problem that arises is that during the snowfall, the road gets blocked and only the four-wheel-drive cars are able to reach there.

This Igloo Stay is owned and operated by the Young duo Vikas Kumar and Tashi Dorje. Both of them run a Winter sports and travel company in Manali by the name Keylinga Himalayan Adventures. The company offers tourists with various courses such as ski courses and trek organizers.

The owners of the Igloo stay had first started by building a single igloo just for a trail that ended up receiving a nice response. As a result, they now have three igloos that people can book at an affordable price. If you are planning to book your stay in an igloo, then the price for one night is approx INR 5500. You will be served the local food and can participate in some of the activities. The igloo hotel site is near the Sethan Village near Manali. It can be easily reached via the car.

As per the owners, it takes more than INR 40,000 to construct one Igloo. Around eight laborers are required to work for six days to build one igloo. At the same time, they also require enough snow to maintain an igloo. They've also said that it becomes very difficult to maintain the stay due to the reason that the snow should be maintained as per the temperature conditions.

We are expecting that igloo stays will become a huge trend in the coming time and has already been introduced in the country and is likely to grow.

The owner said in a statement, “Before this, we used to build them for our own use. Whenever we had to go for skiing in the high mountains, staying in a tent was not sufficient for us. But after some time, we got the idea to build these for people to stay. We did a complete study of the igloo and the weather condition required to build it. It is not easy to provide the facilities to the guests but we are trying our best.”

Single night stays on a twin-sharing basis along with the equipment for snow activities will cost Rs 5,600 per person. They will also be provided with warm feather sleeping bags that come with extra fleece and a thick foam mattress. Excluding the adventure sports, one night's stay would cost Rs. 4,600 for one person. It will cost around Rs. 6,800 per person for a two-night stay at an altitude above 2700 meters.

Stay for a night in an Igloo and enjoy the various activities including bonfires, barbeque, winter sports such as skiing and snowboarding lessons and so much more. Hurry up and Book your stay at the Igloo stays.

Also read:- All you need to know about the 7 Wonders of the World 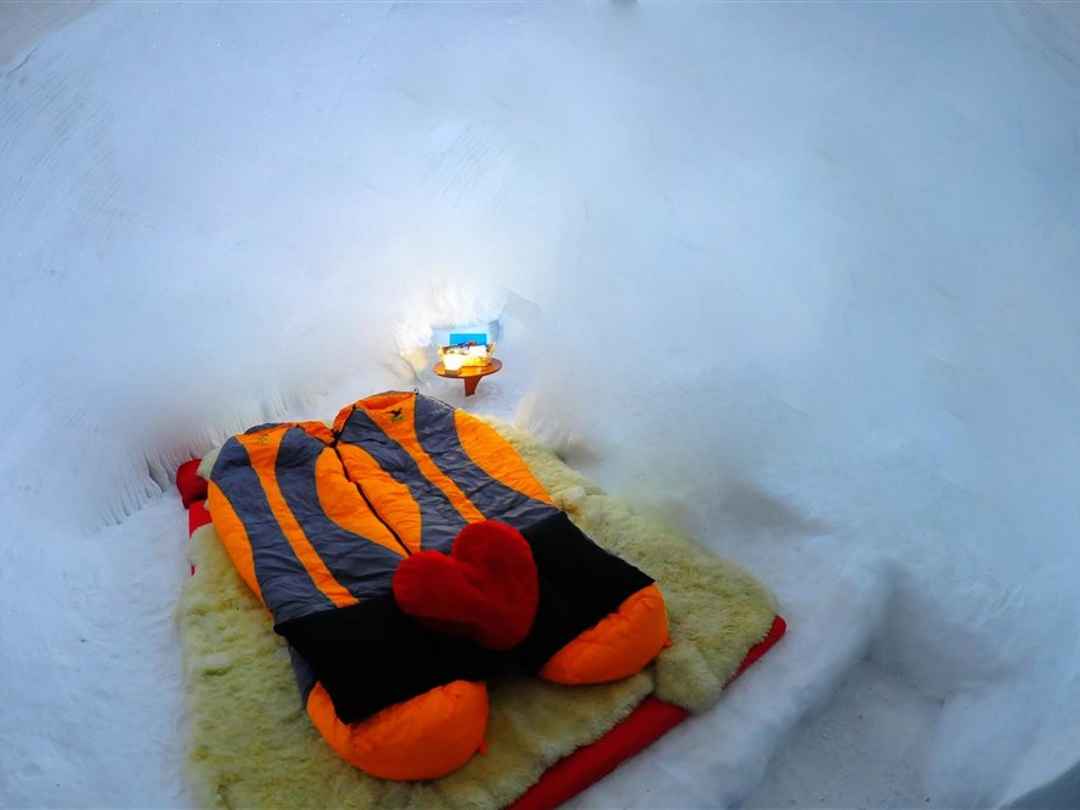 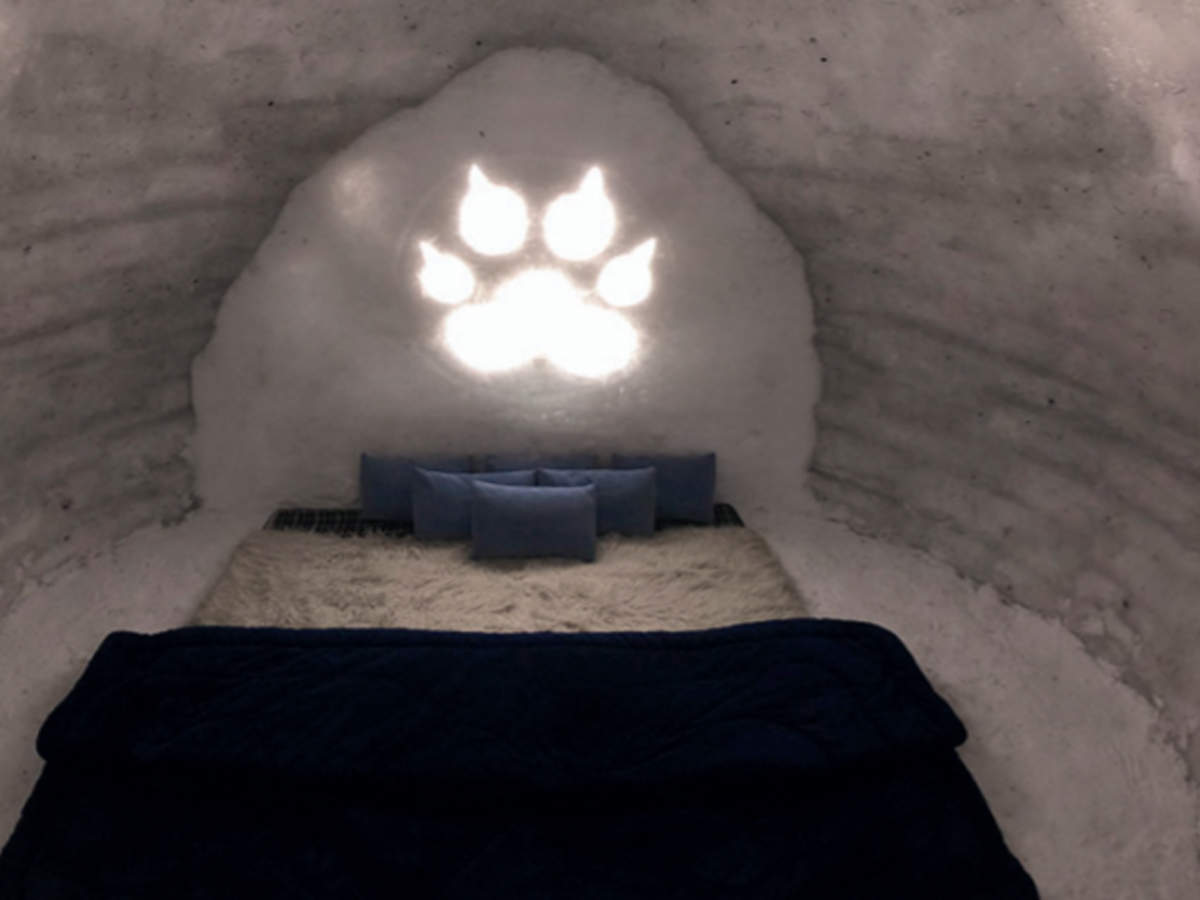