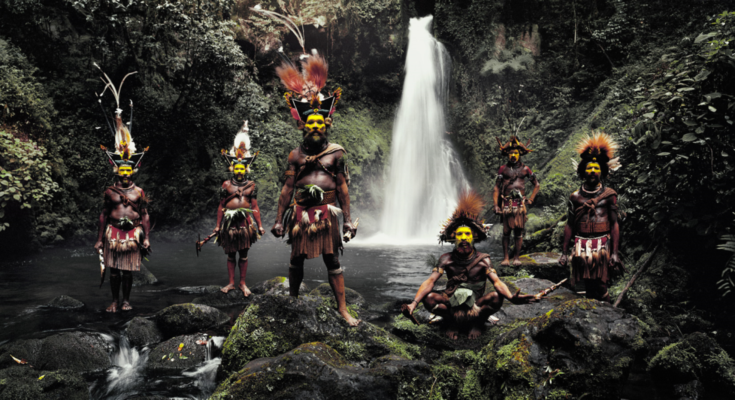 Cover Stories Jan-17-2018 by Ayush Ladha
North Sentinel Island, is a part of the Andaman and Nicobar Islands in the Bay of Bengal Ocean which lies between between Myanmar and Indonesia, it is home to one such tribe "Sentinel" . The Sentinelese people are so hostile and aggressive to external contact/people that the island has been dubbed the hardest place to visit in the world or " the world's most dangerous island ". The Sentinel island tribe are thought to be direct descendants of the first humans who emerged from Africa. They have lived on the tiny island for almost 60,000 years. Their exact population is unknown; it could be as low as 50 or as high as 500 individuals.North Sentinel Island, however, is unlike any other island in world. It has been described as one of the hardest place in the world to visit, the worlds most dangerous island and home to the most isolated tribe in the world.These sensational labels cant be qualified conclusively, but they do hold some truth. For an estimated 60,000 years, North Sentinel Island has been home to a fiercely independent tribe that has violently rejected contact with the outside world.As the Sentinel tribe reject any contact with the outside world, they are among the last people to remain untouched by modern civilization . They are so determined to not interact with outsiders, they kill those who get too close. There are several horror stories of how the Sentinelese have treated their guests. People either return from the island terrified and injured, or not at all. In 1896, an escaped convict from the British prisons of The Andaman's drifted on to the shores of North Sentinel by accident. A few days later, a search party found his body on a beach, punctured by arrows and with his throat slit.Surprisingly, there has been only one instance where outsiders did not have to face an aggressive reception. On January 4, 1991, 28 men, women and children approached Mr. Pandit and his group. That they voluntarily came forward to meet us, it was unbelievable, he said. They must have decided that the time had come.Unfortunately, the last contact with the islanders in 2006 didnt go as well. Two fishermen were killed while illegally fishing within the range of the island.
The Sentinelese are among the last of the uncontacted people communities who live without contact with globalized civilization left in the world. Perhaps its best to leave them alone; bringing them out into civilization might not be the best thing for them. They might not be immune to several diseases and adapting themselves to the modern world could be extremely difficult.