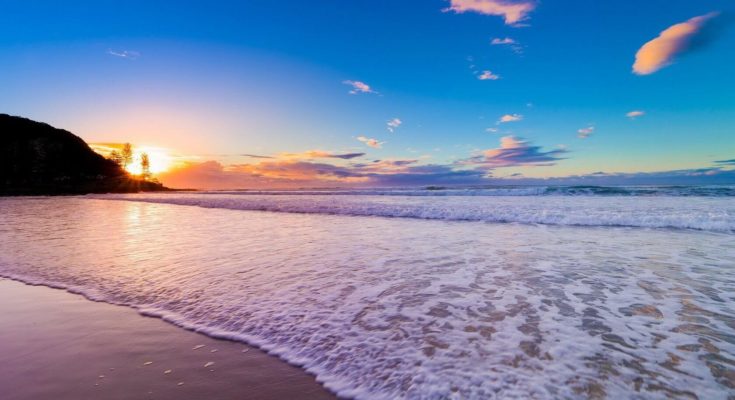 Uncategorized Sep-04-2018 by admin.ngtraveller
Ever since our childhood, we have been dreaming of going to Goa with our friends as soon as we enter college. Numerous Bollywood movies have instilled the fantasy of a Goa trip with friends in every 90s kid in India. After all, the beach, the cheap beer, the partying with friends is what makes Goa so tempting, is it not? However, there is a new place that is coming up which is giving stiff competition to Goa as the new favorite vacation destination with friends. It is none other than the place that is famous for its aesthetics, its French colonies, and architecture. Yes, you guessed it right. We are talking about pondicherry!A Brief HistoryPondicherry is also referred to as Puducherry by its local inhabitants. It is a result of the former French colonization in India sometime around 1945. It is located in the southeastern part of the country and is bounded by the state of Tamil Nadu. Although no longer rigidly a colony, Pondicherry has held its heritage and culture within the small French colony that exists till date within the city of Pondicherry. The French colony in Pondicherry can now be characterized by small villas, predominantly mustard yellow colored walls and bougainvilleas all over it. The French colony in Pondicherry is also called the French Quarter and can be distinguished due to the tree-lined streets, which pave the way for serene, calming and peaceful walks.Why Choose Pondicherry Over Goa?One might ask, why choose Pondicherry over the Goa? After all, for years, all we have done for our entire childhood is the dream of a trip to Goa. So then, why should one suddenly switch their preference from Goa to Pondicherry? Well, Pondicherry is the new upcoming place that seems to be giving Goa stiff competition and making Goa take a run for its money as a pocket-friendly tourist destination. In this article, we shall give you a few reasons why this year, you should ditch Goa and hit Pondicherry with your friends!Cost Effective: Earlier, Goa was considered to be one of the cheapest destinations for vacation and thus it was highly sought after by college students who are generally on a tight budget. On an average, for a one week trip to Goa, the estimated cost per person is seen to be roughly around Rs. 30,000 exclusives of money required for transport. On the contrary, a trip to Pondicherry can be covered on a budget of around Rs. 15,000 per person inclusive of travel expenses. Thus, as we can see, a trip to Pondicherry costs about half the price as compared to a trip to Goa even if we exclude travel expenses to and from Goa. Therefore, Pondicherry is a much more cost-effective and reasonable option for a person who is looking to witness great beauty within a small budget.Crowd: Goa is a place that has been a very common tourist destination for people from all within the country and abroad. Thus, Goa attracts a large crowd at every given point of the year. In contrast to this, Pondicherry is a much less crowded tourist destination. There are a number of reasons that can be attributed to this. Firstly, Pondicherry is still not that well known a place among people from all over the country and beyond which is why it is not that crowded as a tourist destination. This also reduces the chances of theft, eve-teasing, etc. Pondicherry therefore very justly has the reputation of being a place which is very safe for women.Night Life: For the party lover, Pondicherry might not be as appealing as Goa as it does not really have a night life per say. While in Goa, the night life consists of music concerts and beach parties, the night life in Pondicherry is predominantly consistent of things like a walk on the Promenade Beach Road which makes up for the lack of a night life. The roads, which are open to only pedestrians in the evening, will appeal greatly to anybody who wants some peace and quiet and to is left alone with their thoughts. The waves crashing on the rocks right next to the road create a very calming and serene atmosphere.Tourist Attractions: The French colony, which is the main attraction of Pondicherry, makes one forget that they are still in India. It gives one the feeling that they are walking down roads in France while the bougainvillea flowers hanging from every house makes for a breathtaking sight. The Serenity Beach, as is suggested by the name, is a quiet beach which is not very crowded. The uniqueness of this beach lies in the fact that it is one of the only beaches in Pondicherry where one is allowed to take a dip in the calm and cool waters of the sea. Paradise Beach is a fifteen-minute boat ride from the French quarters. Here the enthusiastic people are taken to an island for three hours where they can participate in water sports, rain dancing, etc. If they wish, they may also take a simple stroll down the beach while wetting their feet. The Auroville Ashram is a quiet and calm place that is a must visit for every tourist who takes an interest in religion.Some Special Foods: Food in Pondicherry is mostly provided in quaint little cafes which provide affordable and yet delicious food. The food is predominantly authentic South Indian food while the cafes near the beaches provide mouth-watering sea-food pizzas at affordable prices which would burn a hole in ones pocket at any other place in the world.As we have depicted in this article, Pondicherry is one of the tourist spots in India that have not been commercialized yet. It has something to offer for a variety of tourists, at an affordable range. Hurry and explore the beautiful Pondicherry before it gets commercialized and crowded!

Most Beautiful Tropical/Warm Places In The World

Survey That Will Tell You About Travel Habits