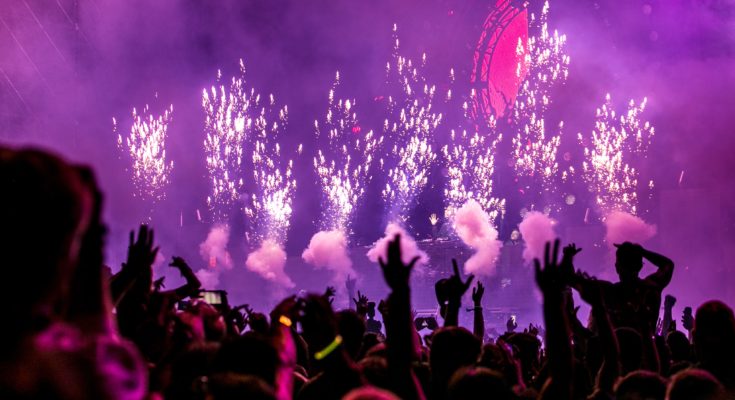 The festival will feature 4 stages i.e. Klassique, Techno Kraft, Psychedelic Circus and Vinyl Ambulance and will have over 42 artist performing including the likes of KSHMR, Markus Schulz, Claptone, Art Department, Sultan & Ned, Alle Farben, Arjun Vagale, Ankytrixx, Sonic Species, Liquid Soul, GMS, Mandragora, Midival Punditz w/ Nathulal Solanki, Richard Durand, UnderHer, Janux, Bullzeye, Beyond 120, David Phimster, Joel Discobar, Ma Faiza, Almost Human, Alexander Smith, Heiko Laux, Leon Pereira, Moscada, Nic Thomson, Roman Sheronov, Sashanti, Veronika Fleyta among others.DJ circuit, KSHMR. Ranked #19 on DJ Mags 2018 list of Top 100 DJs, KSHMR will be performing, the best live act. KSHMR has been making India proud by taking his heterogeneous sound to different parts of the world and has been hailed by many, as a champion of his immersive cinematic sound.Also read:-Cottages In Goa Are Perfect For A Well Deserved Break!Making his India festival debut, the mysterious house music producer, Claptone with his signature golden mask with a beak will be performing at Sunburn Klassique 2019.DJ Markus Schulz who won the DJ Times Americas Best DJ for an unparalleled third time, will be sampling some of his signature hybrid trance sounds he is responsible for with spine-tingling melodies and outrageous basslines.Dutchman Richard Durand will be giving adrenaline pumping baseline performance from his album The Air We Breathe which he released recently after a 6-year hiatus.After 12 years Canadian Jonny White, acting Head of No.19 Music, Art Department will be giving a stunning performance in Sunburn Klassique 2019.DJ Mag, awarded the Track Of The Year by Resident Advisor (UK), Groove Mag (Germany), and #2 in Mixmag (US), and voted #6 Top DJs in the world will be giving fire filled performance at Sunburn Klassique 2019.Music fanatics will enjoy the unparallel live electronic act, composed of Kalden Bess and Jessica Abruzzese, UNDER HER who describe their music as music to have sex too. The act will ensure dark twisted fantasies with its immersive sets.Swiss artist Nicola Capobianco will be showcasing some of his hard-hitting sounds. He will be performing on more than 100 hypnotic tracks. These tracks will undoubtedly pave the way for progressive psy-trance landscape.Mandragora one of the most undisputed names in Brazil will be showcasing his talent in Sunburn Klassique 2019.Sonic Species, the UK electronic artist will not disappoint the music lovers. They will be electrifying the stage with their performance in Sunburn Klassique 2019. Sonic Species is set to release his second album this year, the follow-up to his 2012 debut Unleash the Beat.The Kreuzberger Frans Zimmer will be giving his unbeatable performance at Sunburn Klassique 2019.The classic dance music duos of Sultan + Shepard will be adding charm to the stage of Sunburn Klassique 2019.Sunburn Klassique will also feature the best home-grown artists from across genre, such as Arjun Vagale, Ankytrixx, Ma Faiza, and Midival Punditz. Some of the artists are making they've come back to Sunburn Festival.The Sunburn Klassique festival will see an assortment of techno, trance and commercial names ensuring a time travel to what Sunburn was in its heydays.Over the last decade, Sunburn has played host to most of the top international talent including Sam Feldt, KYGO, Dimitri Vegas & Like Mike, Martin Garrix, Kshmr, David Guetta, Dyro Afrojack, Above& Beyond, Axwell, Infected Mushroom, Marshmello, Hardwell, Avicii, David Guetta, Armin Van Buuren, Deadmau5, Don Diablo, Paul Oakenfold, DJ Snake, Alan Walker, Swedish House Mafia, Krewella, Swedish House Mafia, amongst others.Karan Singh, CEO, Sunburn states, Sunburn introduced the concept of dance music to India and has aided in building music tourism across India. This year when Sunburn Festival is returning back to its birthplace Goa, everyone is excited to enjoy the legendary festival Sunburn Klassique 2019. Like other years so many artists are going to add fire on stage. This year again the expected loyal music fanatics will be in huge number. The Sunburn Klassique 2019 will also host a food court, flea markets, recreational stalls, games and a lot more.Also read:-Best places to stay in North Goa