One of the massive temple kitchens that have been developed in the country is in Varanasi which had been in progress during the last two years. The kitchen has recently become operational for its devotees.

The PM of India Narendra Modi has inaugurated this mega kitchen while he was on a visit to the parliamentary constituency in Varanasi on Sunday. All the visitors to the jyotirlinga temple located in Varanasi can now enjoy the prasad at the temple.

Shri Kashi Vishwanath Anna Kshetra is one of the mega temple kitchens that are run in India. Other mega kitchens include the Golden Temple in Amritsar, Tirumala Tirupati Devasthanam, Akshay Patra, Shirdi Sai Trust in Shirdi and many others.

Mr. Vishal Singh, the CEO at the Shri Kashi Vishwanath Temple Trust and Shri Kashi Vishwanath Vishisht Kshetra Vikas Parishad, and the Secretary of Varanasi Development Authority said in a statement that Shri Kashi Vishwanath Anna Kshetra has approximately 50000 sq ft and more than five storeys in the building. The kitchen has been equipped with state-of-the-art facilities that will serve both north Indian and south Indian food daily. The kitchen is very big and can easily accommodate over 5000 people at one time. The whole set up of the kitchen took around INR 13 crore for its completion. 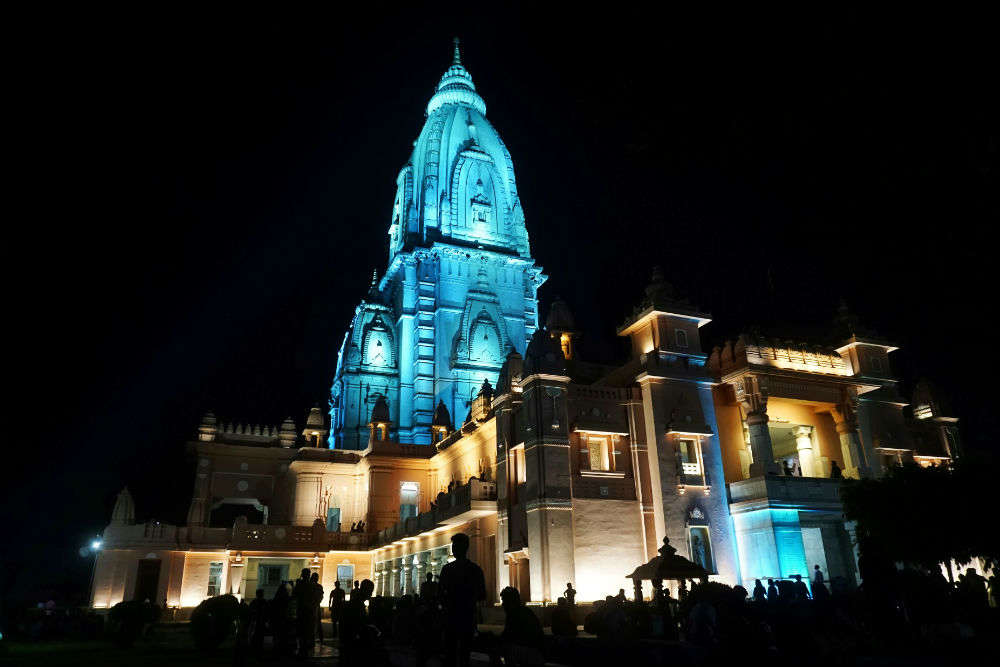 The mega kitchen will be serving both north Indian and south Indian food daily to all the devotees who are visiting the Kashi Vishwanath temple in Varanasi. Singh further added, “We will look for the response of the people and on Mahashivratri day, we will be scaling up our capacity as everything in it is has been based on a mechanized system. Hence, we can easily double the number within a few hours,”

As per the news reports, Shri Kashi Vishwanath Anna Kshetra’s mega kitchen is steam-based. As a result, most of the time, the dishes made for the devotees will either be rice-based or wheat-based. We may likely be going to increase the capacity of the kitchen as the number increases. The main aim or goal is to make Shri Kashi Vishwanath Anna Kshetra, one of the biggest temple kitchens in the country and also the biggest kitchen in the state of Uttar Pradesh.

Apart from the inauguration of this massive kitchen, PM Modi had also been present for the unveiling of a 63 ft high ashtadhatu statue of Deen Dayal Upadhyay, who had been a former politician and thinker of RSS ideology, in the Deen Dayal Upvan constructed by the Varanasi Development Authority.

PM Narendra Modi had also inaugurated various other projects as well in Varanasi including the Mahakal express that will commute between Kashi and Indore.

The Kashi Vishwanath Temple is a famous Hindu temple that has been dedicated to Lord Shiva. The temple is located in Varanasi, Uttar Pradesh, India. It is situated on the western bank of the holy Ganga. It is one of the twelve Jyotirlingas and popular as one of the holiest of the Shiva Temples in India. The main deity of the temple has the name Shri Vishwanath as well as by the ancient name, deity Vishweshwara.

Varanasi is known as "The Spiritual Capital of India." Other than the Kashi Vishwanath Temple there are many other famous temples in Varanasi. Some of these include Sankat Mochan Hanuman Temple, New Vishwanath Temple (BHU), Tulsi Manasa Temple, Durga Temple. The city of Varanasi has many famous ghats as well. Some of these include Dashashwamedh Ghat, Assi Ghat, Manikarnika Ghat, Kedar Ghat, Shivala Ghat, and many others.

Also read:- Check out these pocket-friendly hostels and hotels of Varanasi perfect for backpackers