In the year 2007, there had been over 100 million people who had voted for the New Seven Wonders of the World. These Wonders are built over four continents majorly by the famous ancient and medieval empires. The sites that have been selected in the year 2007 are all architectural marvels of a huge scale. And it is not a surprise that all of them are UNESCO World Heritage Sites. These are also some of the most visited tourist destinations in the world. The seven winning places have been listed below:

In the year 2007, there had been over 100 million people who had voted for the New 7 Wonders of the World. These Wonders are built over four continents majorly by the famous ancient and medieval empires. The sites that have been selected in the year 2007 are all architectural marvels of a huge scale. And it is not a surprise that all of them are UNESCO World Heritage Sites. These are also some of the most visited tourist destinations in the world. The seven winning places have been listed below:

The Great Wall of China (China) The Great Wall of China has been built between the 5th century B.C. and the 16th century. The Wall is basically a stone and earth fortification build so as to protect the borders of the Chinese Empire from the invasion by the Mongols. The Great Wall is popularly known as the World's longest manmade structure because it is actually an overlapping of multiple walls that are around 4,000 miles long. The design of the wall has been constructed on the mountain passes and the ridges hence, it is using the natural terrain of the place in a strategic manner. Even though the structure is called a “wall,” but in reality, there are two parallel walls constructed with lengthy stretches. Tickets will cost approximately $6.50. Along with this, you will have to pay another $17.50  for the round-trip cable car ride.

Christ the Redeemer statue is a 130-foot reinforced statue made up of concrete and soapstone. The statue had been designed by Heitor da Silva Costa. The cost of building Christ The Redeemer Statue was around $250,000. A majority of this money had been raised through donations. The statue has now become a popular icon for Brazil. The Christ statue was completed in the year 1931.

The bright white figure of the Christ is about 98 feet tall and the arms are outstretched. The Statue is popularly known as a symbol of peace and welcoming. The statue has been covered in thousands of small stone tiles. An interesting fact is that these tiles were put by the devout women very painstakingly. Machu Picchu has been told by the scholars that it had been a sacred archaeological center for the Incan capital of Cusco. The site had been built around 7,000 feet above the sea level. It was built in the mid-1400s when the Incan Empire was at the peak. The ancient site was abandoned later on. It was more like a royal estate than a city. Machu Picchu has remained unknown for a long time and it was rediscovered back in 1911 by the archaeologist Hiram Bingham. The place is open for visitors all year round. You have to take a train to Aguas Calientes from Cusco. After reaching the town, you can either hike up to the main entrance or take a bus.

It is preferred that you arrive there early to witness the beautiful sunrise or the sunset. The cost of the tickets is $45 per person along with additional fees if you wish to visit the Huayna Picchu, Machu Picchu Mountain, or the museum. 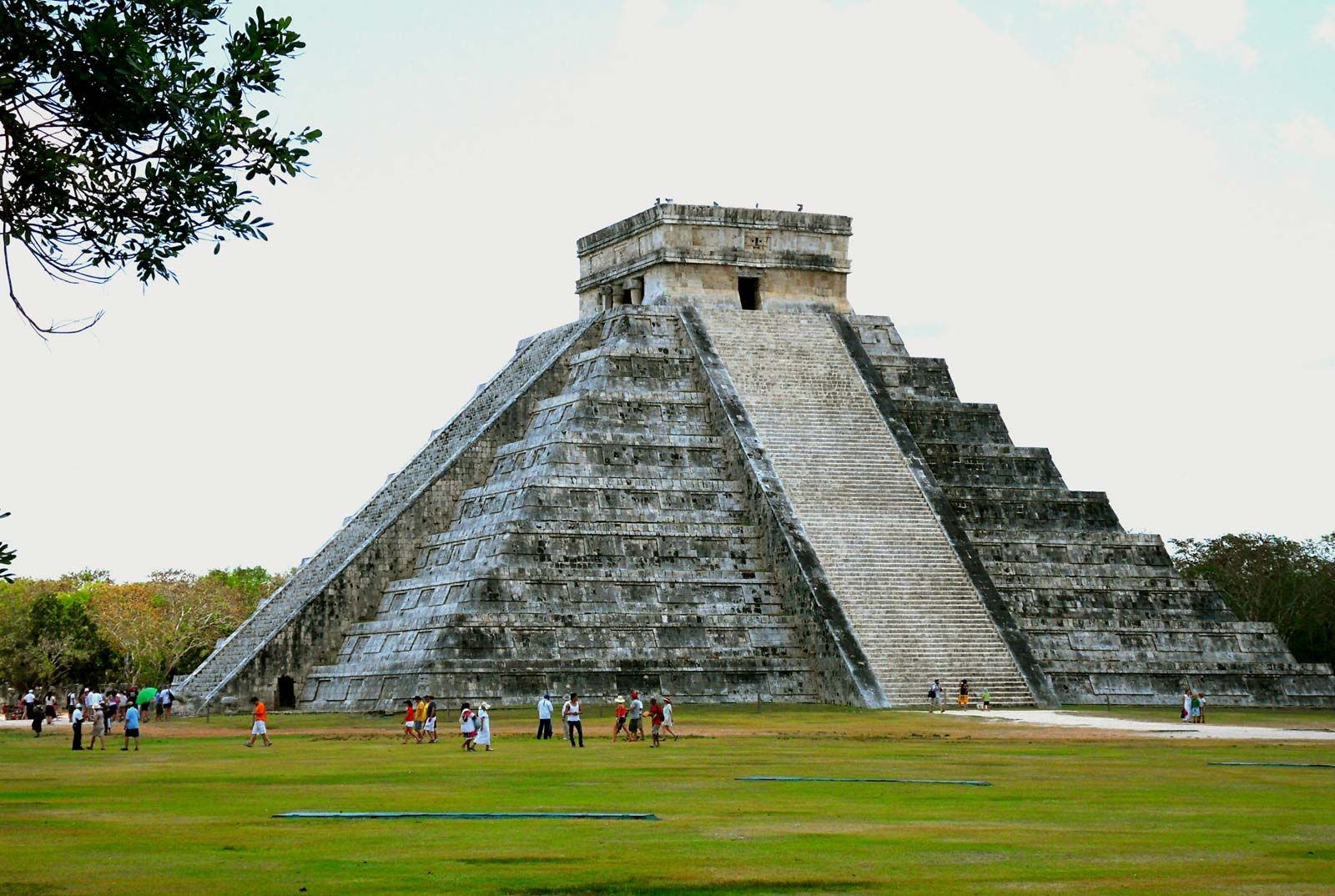 Located in the state of Yucatán, Chichén Itzá is an enormous Mayan city that had once been a major powerhouse. It had been built around 600 AD to 1200 AD. Itza is translated as “enchanter of the waters." It had been a powerful city, and a trading center for cloth, slaves, honey and salt. It was also the political and economic hub of the Mayan civilization. The most popular ruin found at the Chichen Itza is El Caracol.

Chichen Itza is about a two-hour drive from Cancun (120 miles distance), 95 miles from Tulum, and 75 miles from Merida. Some of the highlights of the site include the Sacred Cenote and El Castillo pyramid. The timings to explore the Chichén Itzá are from 8:00 AM to 5:00 PM every day and the tickets cost $25 per person. It is advised to visit the site early morning as there is no rush at that time.

The Roman Colosseum was built between A.D. 70 and 80 A.D. It has an elliptical structure where around 50,000 spectators could sit. They would gather together to watch the various events and other public spectacles. These may include various battle reenactments, animal hunts as well as executions. Due to the earthquakes and many stone-robbers, the Colosseum is now in ruins. But, as of now some parts of the structure of the Colosseum are open for the tourists. The design of the Roman Colosseum to date has an influence on the many modern-day amphitheaters.

The timings of visiting the Colosseum is from 8:30 AM to before sunset every day. The standard ticket costs $13 and can be used for entry to the Colosseum, Roman Forum and Palantine Hill as well. These tickets are easily available on the site but you will witness long lines.

The Taj Mahal had been built by the great Mughal Emperor Shah Jahan in the honor of his favorite wife, Mumtaz Mahal. She gave birth to 14 children but she died in labor. In the year 1631, Jahan started the construction of the World's Most Expensive Mausoleum. It has been said that its construction needed around 20,000 laborers and 1,000 elephants who were required so as to haul the marble from the region. Tourists from all over the world visit this marvel and click amazing photographs in its backdrop. The architecture of the Taj Mahal is influenced by various architectural styles such as the Persian, Islamic, Turkish and Indian styles. Outside the beautiful Mahal, there are gardens with raised pathways, flower beds, and a linear pool.

Visit the Taj Mahal in Agra, Uttar Pradesh. It is located around New Delhi. You can either reach there by train, bus, or car via the Yamuna Expressway.

This site has been declared as a World Heritage Site in the year 1985. Petra had been the capital of the Nabataean empire and has existed from 9 B.C. to 40 A.D. The word Petra is derived from the ancient Greek word “Petros,” which means “rock.” There are numerous incredible structures that have been carved into stone, a 4,000-seat amphitheater and the El-Deir monastery which have made the site popular. To visit the site, you have to cross through a narrow canyon. It is known as the Siq. When you exit this canyon, there you will witness one of the greatest sights: the Treasury.