People all over the world are a fan of Bollywood Hindi movies. Bollywood has it all from a romcom, a comedy, a thriller or a drama movie.

People all over the world are a fan of Bollywood Hindi movies. Bollywood has it all from a romcom, a comedy, a thriller or a drama movie.

There are so many exotic and beautiful places in India as well as abroad where several popular Bollywood movies have been shot. In some movies, places are shown beautifully which makes us want to visit that place.

Here is a list of beautiful places in both India and overseas where popular Bollywood movies have been shot. Manali is a beautiful picturesque hill station located in the Kullu Valley of Himachal Pradesh. The natural beauty of Manali is what attracts tourists. Some of the famous attractions include the Hadimba Temple, Vashisht Springs & Temples, adventure sports such as Paragliding, white water rafting and many more.

Some of the popular Bollywood movies shot in Manali include ‘Jab We Met’, ‘Yeh Jawani Hai Deewani’ and ‘Highway’.

Jaipur is one of the most famous shooting locations for Bollywood in India. Famous tourist attractions of Jaipur include the Hawa Mahal, City Palace, Jantar Mantar, Jal Mahal, Nahargarh Fort, Amer Fort and so much more to see.

Some of the popular Bollywood movies have been shot in Jaipur. These include Jodha Akbar, Hum Dil De Chuke Sanam, Border, Yaadein, Dor, Goliyon ki Rasleela- Ramleela, Veer, Jodha Akbar, Bol Bachan and many more.
Delhi is the national capital of India. There are so many beautiful locations in the capital city where several movies have been shot. Some of the famous attractions of Delhi include the Red Fort, Humayun's tomb, Jama Masjid, Lotus Temple and so many more. 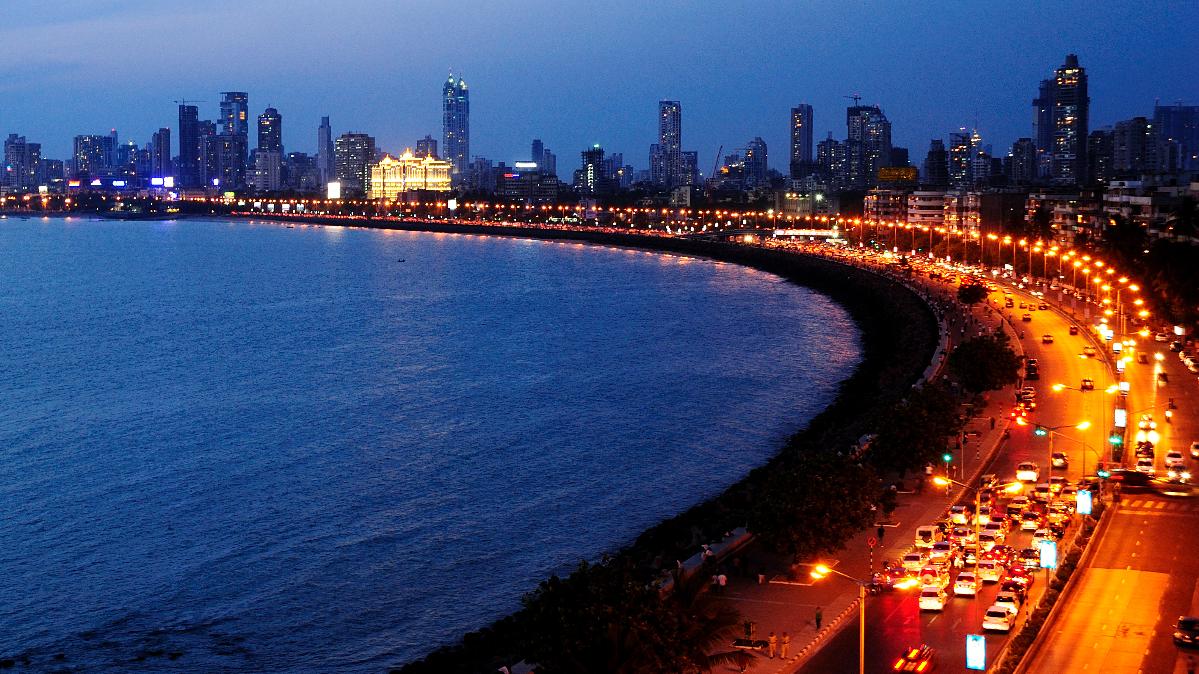 Mumbai is the birthplace of Bollywood. It is home to all the actors and directors of the Indian Cinema. Some of the famous places in Mumbai are the Gateway of India, Hajrat Nizamuddin Mosque, Taj Hotel Mumbai, Marine Drive, Juhu beach and many more. Some of the leading Bollywood actors like Amitabh Bachhan, Shah Rukh Khan, Madhuri Dixit and many others live in Mumbai.

Some of the popular Bollywood movies have been shot in Mumbai. These include Fashion, Agneepath, Barfi!, Kick, Krrish 3, Bombay, Shahid, The Lunchbox, Dhoom, Munnabhai MBBS, Slumdog Millionaire, Saagar, Talaash, Ek Deewana Tha and many more.
Goa is famous for its amazing nightlife, and world-famous beaches. It is a dream destination for so many people. Some of the famous attractions of Goa include Chapora Fort, Morjim Beach, Anjuna Beach, Vagator beach, Tito's club, Baga beach and so many other attractions.

Some of the popular Bollywood movies have been shot in Goa. These include Dum Maaro Dum, Go Goa Gone, Dil Chahta Hai and many more.

Shimla is a lively and beautiful little town of Himachal Pradesh. Shimla is surrounded by beauty all around with scenic views and clean surroundings. Several songs have also been shot in Shimla. ‘Aaoge Jab Tum Sajna’ from Jab We Met has been shot in the backdrop of the Mall Road showing us this beautiful town.

Some of the popular Bollywood movies shot here include Bang Bang, Tamasha, Jab We Met, three idiots and many more.
Leh Ladakh is quickly emerging as a popular destination for Bollywood movies. The famous movie '3 Idiots' was shot here. The movie shows breath-taking views of the beautiful Pangong Lake. The beauty of the place has been making our dream of visiting the place.
Udaipur is one of the most popular tourist destinations of India and is also regarded as a popular Bollywood movie location of India. There are so many places to see in Udaipur including Lake Pichola, Jagdish Temple, Moti Magri, Doodh Talai Lake, the City Palace and many more. The City Palace of Udaipur is a beautiful palace where some of the movies had been shot.

Some of the popular Bollywood movies shot here include Goliyon Ki Raasleela Ram-Leela, Yeh Jawaani Hai Deewani, Dhadak and many more.
Athirappilly Waterfalls is a breathtaking site in Kerala. These falls are also known as the Niagara Falls of India. One of the most epic Bollywood films, Baahubali was shot here. The song ‘Barso Re’ from the movie Guru had been shot here and hence the waterfall became a popular tourist destination.

Best Time To Visit: Throughout the year

Kashmir is the most beautiful place on Earth. The beauty of Kashmir cannot be easily expressed in words. There are so many beautiful Mughal Gardens in Srinagar, the glaciers in Son Marg and Gulmarg. Some other attractions include the Alchi Monastery, Raghunath Temple, Hazratbal Shrine.

Popular Bollywood Movies have also been shot in some of the most exotic foreign locations in the world. These are:

Thailand is ‘The land of smiles’. It is famous for its serene beaches, mountain trails, historic sites, gorgeous islands, and rocky waterfalls. The architecture of Thailand is impressive in so many ways. Some of the attractions include the Grand Palace in Bangkok, the floating markets of Damnoen Saduak, the Phi Phi Islands, and the night markets of Thailand.

Mauritius is a popular island destination. The Rochester Falls is the best waterfall in Mauritius. The Crystal Rock, off the south-west coast, sits right in the middle of the ocean with a serene view of the Le Morne Mountain and watch Dolphins. You can even go Snorkelling near the rock. You can visit the Black River Gorges National Park, Le Morne Brabant, go kitesurfing and Dolphin spotting, visit the Isle aux Cerfs and go scuba diving in the Blue Bay Marine Park.

Dubai is one of the modern cities of the world with world-class facilities and entertainment options. Some of the top things you can do while in Dubai includes visiting the Burj Khalifa, taking a Desert Safari, the Dubai Mall, exploring the Gold Souks (old markets) of Dubai or visit the beach.

Hong Kong is another famous world city known for its skyline, the star ferry and its street markets. Hongkong has amazing skyscrapers. You can visit the Madame Tussauds, the Repulse Bay beach, the Stanley markets, the Iconic Victoria Peak, Hong Kong Disneyland, the promenade of Hong Kong from Tsim Sha Tsui, the Hong Kong Museum of History and the ‘Lantau Island’.

Some of the popular Bollywood movies shot here include Awarapan and Company
China has so many wonderful destinations, beautiful cultural heritage, natural wonders and delicate water towns. While you're there, visit the Forbidden City or the Palace Museum in Beijing, the beautiful city of Hangzhou that has the West Lake, gardens, tranquil temples and historic streets. You can also visit the Jiuzhaigou Valley known for the crystal blue lakes and the Potala Palace in Lhasa.

Some of the popular Bollywood movies shot here include Chandni Chowk to China, The Mummy: Tomb of the Dragon Emperor and Kung fu Yoga.
The tourist attractions in Indonesia include the amazing archipelago, historical heritage, and its cultural diversity. Bali is the most popular tourist destination in Indonesia with its beautiful beaches, mountains, forests.

Indonesia has several magnificent temples and National Parks. You can plan a visit to the peaceful Gili islands to relax and enjoy with your loved ones, or you can go trekking at Gunung Rinjani. You can go diving and snorkeling in Bunaken and Raja Ampat or visit the  Baliem Valley. Relax at the famous beaches of Bali. Visit the magnificent volcanic mountain in Java. A famous Bollywood movie shot here is Bheja Fry 2.
The Maldives is one of the most beautiful places on earth. The world's best beaches and resorts are found here. The clear blue skies, white coral beaches, and the romantic feel of the place make it perfect for weddings, honeymoons, and vacations. You can go Diving and snorkeling, Sunset cruising, glow-in-the-dark-beach in Vaadhoo Island or taking a romantic massage.

Kites, Ek Villain, Maine Pyaar Kyun Kiya are some of the Bollywood movies shot here.
Singapore is a global city with several tourist attractions and has an amazing skyline. The Cavenagh Bridge is one of the oldest bridges in Singapore. The ‘Fountain of Wealth’ is the largest fountain in the world. Visit the Esplanade – Theatres on the Bay, the Tiger Balm Gardens and Raffles place. Other places include Universal Studios (a movie-themed entertainment park), a ride in the Singapore Flyer, see the Singapore River, Marina Bay, take a night safari or take a trip to Sentosa Island. 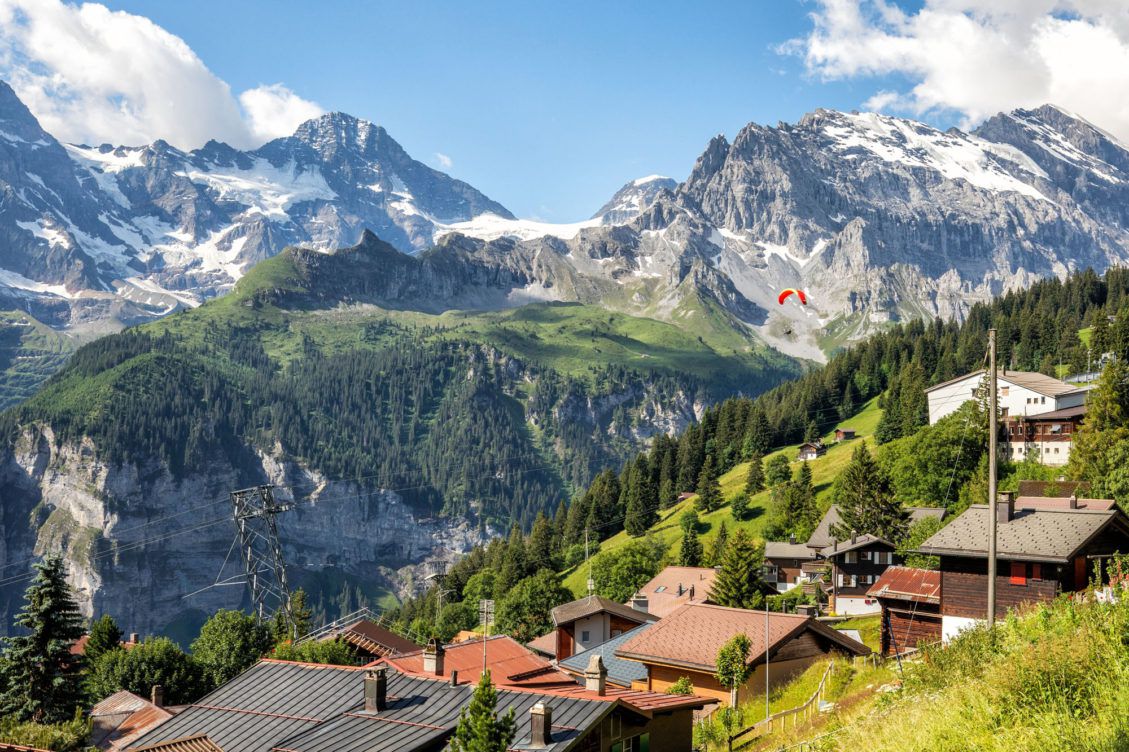 Switzerland is one of the most beautiful places in the world. The mesmerizing mountain views, the snow-capped mountains, the iconic Chapel Bridge, taking a train ride in Jungfraujoch, a trip to the Rhine Falls and a boat ride around the Lake Lucerne.

The United States of America does not need an introduction. The country is one of the largest countries in the world with some of the best places to see. Some of these places include the famous Statue of Liberty, the Universal Studios Hollywood, Napa Valley, Yellowstone National Park and so many more.

Some of the popular Bollywood movies were shot here including Pardes, My Name is Khan, Dhoom 2, Dhoom 3, Dostana, and Ta Ra Rum Pum.