There are many finest spots in the globe to welcome in the New Year, and they all stage wild celebrations and events to get people together. Nothing could be more special than ringing in the new year with your loved ones in a luxurious setting.

So if you haven't made any plans yet, take a moment to read this blog to learn about the World Best New Year Eve Parties in the world.

In Los Angeles, New Year's Eve will always be special because of the city's top-notch nightclubs and stunning coastline. The major celebration, which consists of two magnificent fireworks displays that light up Marina del Rey, first at 9 p.m. and again for the countdown itself, is actually on the waterfront. Events on New Year's Eve, however, continue until after midnight in Los Angeles. Go to Santa Monica Pier, beach clubs, or Downtown if you're over 21 for a roaring party that goes till sunrise. After all, LA is renowned for hosting some of the world's top New Year's Eve celebrations.

It's fair to say that there are many things to do on New Year's Eve in London given the mind-boggling number of events that take place in this beautiful old city.  Everybody may find something to like at a London New Year's Eve party, which ranges from formal affairs to warehouse raves. Attend a Viennese Ball, celebrate at the Natural History Museum beneath a Blue Whale skeleton, or ring in the new year at the lavish Somerset House. The Southbank is the location of London's New Year's Eve fireworks display, where spectators can witness the fireworks light up against iconic structures like the Houses of Parliament as Big Ben rings in the new year.

As you might anticipate, Paris is just as magnificent on New Year's Eve, when the City of Lights shines brighter than ever. The world's most famous avenue, the Champs-Elysées, hosts the renowned Paris New Year parade as the countdown is projected onto the majestic Arc de Triomphe and light displays glitter. This beautiful city is a joyful feast of clubs, bubbly, and cultural activities at this time of year. Explore the city's artistic side, go on a Seine cruise, or take an illuminations trip. A Moulin Rouge cabaret performance is the ideal way to add some unique beauty to your night. 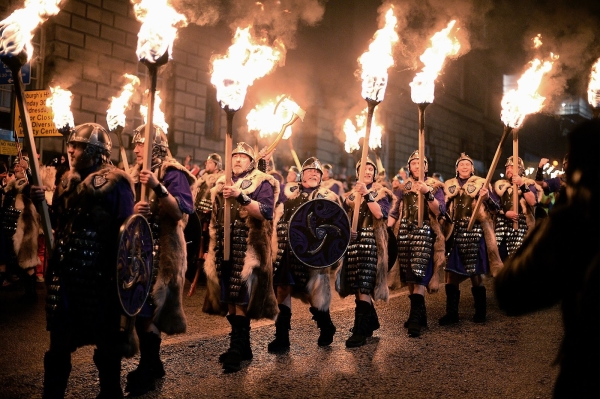 The Scottish are the best at jamming in the new year. Edinburgh's renowned New Year's Eve event, known as Hogmanay, is unlike anything you've ever witnessed. A wild three-day celebration known as Edinburgh New Year usually ends with a spectacular street party. Scottish Ceilidh dancers spin to traditional music while marchers carry torches that light up the night, and Edinburgh Castle glitters with fireworks. 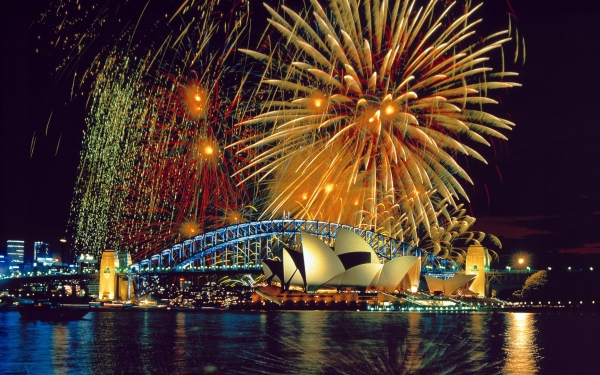 A Sydney New Year is likely the most famous event in the world.  The Sydney New Year's celebration, of course, is all about that beautiful coastline, as spectacular fireworks illuminate the Opera House and Harbour Bridge in a rainbow-colored shower. There are more beauties to be seen at this time of year, too, if you want to go beyond the Sydney New Year fireworks. Attend a formal black-tie celebration, have a picnic in the park, or travel to Bondi Beach to see the sun rise over the new year. It's always beneficial to experience New Year's Eve customs in another country.

Dubai's New Year's Eve is spectacular, as you might expect from a nation that enjoys doing things to the fullest. If you travel to Dubai around this time of year, you will witness lavish light and water shows centered on the main Dubai Fountain. You can watch the performances from the Burj Khalifa's steps or eat at one of the elegant restaurants that surround the riverside.

The light show is not the last of the Dubai New Year's Eve festivities, though. On the pristine beaches of Kite Beach, you may have a picnic and a party. With food from all around Asia and a wide variety of live music, the global village events are a reflection of the nation's multiculturalism.

With its sparkling canals and upbeat atmosphere, New Year's Eve in Amsterdam is a spectacular event. Partygoers can celebrate the New Year at a variety of elite clubs from Pllek to Villa with a roar and confetti shower. Even though the fireworks are very impressive, if you want something a little more laid back, visit one of the rooftop restaurants like Mr Porter or Canvas for breathtaking views of the city below. After you've had your fill of stroopwafels, enjoyed a canal boat, and taken in all the culture, our New Year's vacation to Amsterdam brings you to a booming nightclub where entrance and free drinks are all included. It's the ideal way to ring in the New Year in a VIP Style.

Also Read: 5 trending destinations for New Year and when to book for best deal.