One of Madhya Pradesh's most picturesque cities, Gwalior is renowned for its historic structures and antique temples. The city is well-known for both its rich cultural legacy and for being the hometown of the great Tansen. In addition, the city has a number of wonderful locations that draw tourists from over the world, and the Gwalior Zoo is still another plus. Gandhi Prani Udhyan and Gandhi Zoo are other names for it. It is one of Madhya Pradesh's greenest and best kept wildlife parks. It was constructed by Madhao Rao Scindia and opened by the Prince of Wales in 1922. The zoo is set within the large area known as Phool Bagh.

The Phool Bagh area also incorporates a mosque and a Gurudwara. Every year, thousands of tourists travel to Gwalior, and the city's zoo is a must-see attraction.

It is a well-liked metropolitan destination and a great place for a day trip or weekend retreat with family and friends. It is also known as the Mahatma Gandhi Zoo.

Here are some things to anticipate if you decide to go to the Gwalior Zoo.

Madhavrao Scindia constructed the Mahatma Gandhi Zoological Park in 1992 as a portion of the bigger Phool Bagh garden, which also includes a gurdwara, mosque, theosophical lodge, and a prayer room.

The zoo, one of central India's major zoological attractions, is scattered across 8 hectares of space and is home to both uncommon and common varieties of wild animals. The zoo has been designated as a protected site by the Municipal Corporation of Gwalior as a part of its legacy due to the presence of uncommon animal species.

Species at the Gwalior Zoo 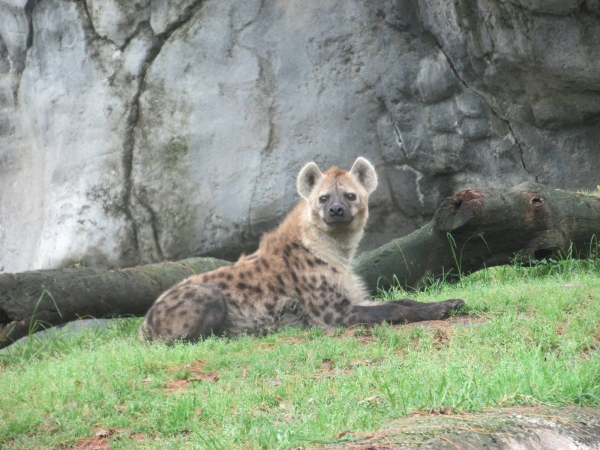 The Gwalior Zoological is a great destination to see both uncommon and endangered wild animal species as well as more common ones, all in their natural setting. Hyenas, spotted deer, blackbuck, bears, panthers, bison, sambhars, hippopotamuses, white tigers, royal Bengal tigers, lions, snakes, lizards, crocodiles, monkeys, and many more are among them.

In addition, visitors can see a variety of colorful birds, including the 300-plus species of macau, painted storks, falcons, and golden pheasants.

Because of this, it is among the top attractions in Gwalior for tourists as well as wildlife enthusiasts.

While there are many creatures at the zoo, the White Tiger is one of its most notable residents.

Along with her two cubs, a white tigress by the name of Yamuna is one of the main attractions at the zoo. In the Indian states of Madhya Pradesh, Assam, West Bengal, Bihar, and Odisha, they are among the few white tigers left. The Siberian and Bengal tigers were artificially crossed to create the white tiger, which is why it is so well-liked.

These rarely seen birds, which are native to western China, are distinguished by their stunning golden crest, rump, and vivid red bodies. It is known that these stunning creatures move to various regions in India in order to withstand the harsh climatic conditions in their own habitat.

A type of deer that is unique to Southeast Asia, the Indian subcontinent, and South China. Its population has decreased as a result of heavy hunting and industrial exploitation of its habitat, and it has been identified as a rare species on the IUCN Red List since 2008.

Dog-like animals with a brown body shorn of fur, hyenas are common hunters found in Africa and Asia. Despite being generally common, they are a major draw for nature lovers visiting the Gwalior Zoo due to their uniqueness at other zoological parks across the nation.

Southeast Asian natives, the Indian gaur or bison, have been designated as critically endangered species on the IUCN Red List since 1986. However, it has a steady and growing population in protected sites like the Gwalior Zoo.

Opening and closing hours for the zoo are 8 AM and 6 PM, respectively. Every Friday, the zoo is closed. For adults and children, the Gwalior Zoo entry fee is 50 and 20 rupees, respectively (5 to 12 years of age). Children under the age of five are admitted free. The entrance cost to the zoo for foreigners is 150. Student admission costs 30 Rs with an ID card. Physically challenged people are entitled to free admission inside the zoo. To cover the Zoo, at least two hours are needed.

Visitors who want to bring their cameras will be required to pay extra fees.

Where is the Gwalior Zoo?

On the Italian Garden Route at Phool Bagh, close to the mayor's office, is where you can find the Gwalior Zoo. It is conveniently reachable by taxi, bus, or personal automobile from several locations within the city. The location is just 1.5 km from the Gwalior rail station through Padav Bridge and Maharani Laxmibai Path for guests traveling from neighboring towns in Madhya Pradesh. Additionally, it is only 26 minutes and 13 miles along the Bhind road away from the Gwalior airport.

Dos and Don'ts in general

Never feed or bother the animals.

Do not bring food into the zoo.

Bring no animals with you to the zoo.

Keep the specified distance from the barricades.