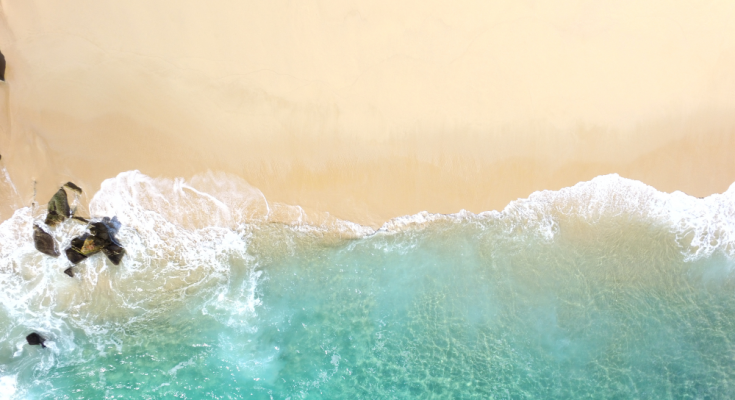 Travel Tips Sep-20-2019 by aditi verma
It's illegal to take sand from some beaches all over the world. People who travel and explore the beaches and other places may want to take the sand and shells as souvenirs back home without realizing that they could end up in Jail for such a small innocent act. You will have to pay fines for taking the sand.People are not aware of this theft, as it sounds pretty normal to take a little bit of sand back home and decorate your house the way you want.But this little action can cause a mess in your life as you will end up in jail in a foreign country, without any support.It is said that the tourists who steal sand from beaches where they travel to, try to sell it on online auction sites or in the black market, to earn a good amount of money by illegal means.Some beaches don't allow people to even take pebbles from the beach with them as souvenirs. If you ever visit the greek islands for a vacation, you may find that the residents have put up a signboard that says 'take pictures, not pebbles'The most talked-about example of sand theft is when a French couple who was traveling in Italy, was caught for stealing a lot of sand from a beach in Italy. The couple was allegedly caught with approximately 14 bottles filled with the precious white sand that they stole from a beach of Sardinia in Italy. Having stolen about 87 pounds of sand, the couple was found by the Italian Police during their routine check while the cars were waiting for boarding a Ferry to Toulon, in France. The couple was put in jail and could have faced up to 6 years of imprisonment. On top of that, they had to pay a fine of 3000 for the theft. Although, the couple claimed that they were unaware of the fact that taking sand from a beach is illegal. To this, the Italian Police Officers pointed out that there were signboards at various places in multiple languages saying that such an act is illegal. The beaches in Sardinia are beautiful and famous for their white sand and rocks and it is very common to see that tourists stealing sand or pebbles without realizing that it could get them in huge trouble. This is the reason why Italian people are angry and have put boards that clearly states that the activity is illegal.The beaches in Hawaii are also faced with the same situation. You will find many popular black sand beaches in Hawaii such as the Papakolea Beach and Punalu'u beach. If you are caught stealing sand from these beaches, the fines charged would be up to $100,000. The black sand beaches are valuable as they are not found at many places in the world, and people wish to take a little bit of sand or pebbles from the beaches as a souvenir when they go back home. But the sand is mostly stolen, as it sells high in the black market and on auction sites such as eBay, where the eBay staff had to remove some of their products listed on the site because they were made from the stolen sand from Hawaiian beaches.Another such case took place in the Greek Island of Skiathos, on the Lalaria Beach faced an issue of pebbles in the year 2018, as a result of which the local law enforcement decided to charge a fine between $468 and $1170 for any person caught stealing the beautiful white stones of the Lalaria Beach to take home as Souvenirs. The stones of this beach are called Lalaria in the Greek language. The pebble pinching scenario on this beach has been growing for some years due to which the landscape was getting damaged and a strict action had to be taken soon.There has also been a person yelling 'but I want some black sand!', on the Maui Tripadvisor Forum.People love to take back something of a place as souvenirs to keep the memory of that place alive in their heads. But if that harms the local environment of the place they've been traveling to, then it is not worth it.We suggest you to not do any such activity such as stealing sand or shells from the beaches, as this will create huge trouble for you. Enjoy your vacation without having to think about taking back a natural thing of that place as a souvenir. Sand is a natural resource and according to a 2018 report, the World is said to have a shortage of sand. This is the reason why sand is so high in demand.

What to do and not to do if you are stuck in a landslide?