Best religious places in India you must visit in your lifetime 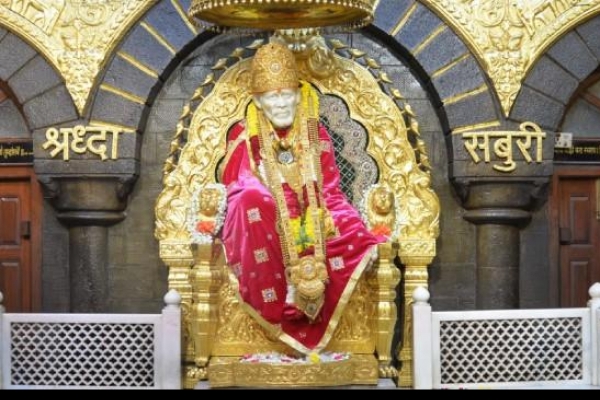 The sacred city of Shirdi in Maharashtra is synonymous with Sai Baba, a saint who was revered by the followers of all religions and is said to have performed many miracles. Devotees flock to his shrine throughout the year and the main festivals held are Ramnavami, Guru Purnima, and Vijayadashmi. 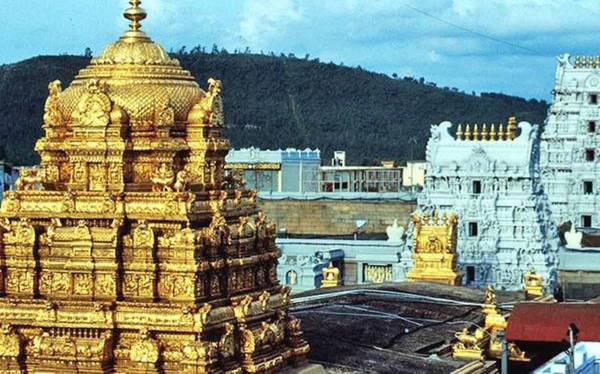 Tirumala Venkateswara Temple near Tirupati is one of the most sacred temples in India. The temple is dedicated to Lord Venkateswara, who is the incarnation of Lord Vishnu. Millions of devotees visit the temple every year, especially during the annual nine-day Brahmotsavan Festival in October. 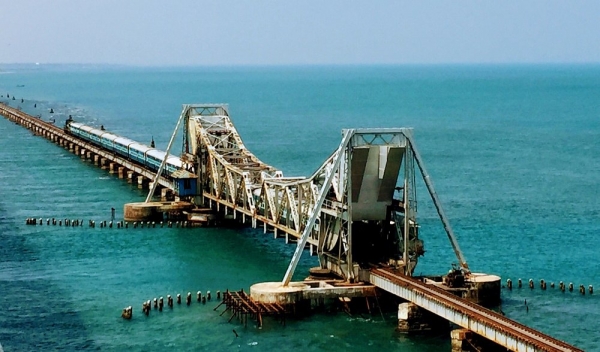 Ramanathaswamy Temple in Rameswaram is one of 12 shrines in Jyotirlinga of Lord Shiva and is also part of the Char Dham circuit. Located on the island of Pamban and connected to mainland India by a bridge, a trip to Rameswaram is a must, whether you are religiously minded or not. Mahashivratri and Navratri are especially popular festivals here. 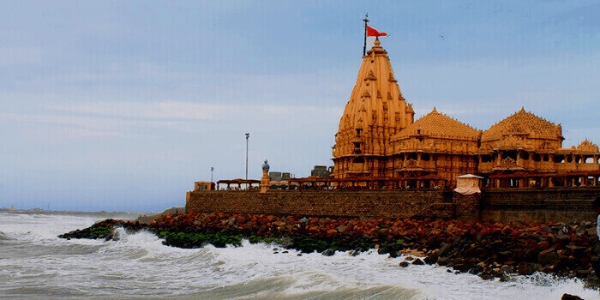 The majestic coastal temples of Dwarka and Somnath are truly impressive. Dwarka is one of the four shrines that make up the Char Dham and the home of Jagat Mandir, also known as the Dwarkadheesh Temple dedicated to Lord Krishna. Somnath Temple is one of the 12 holy Jyoterlingsus temples of Lord Shiva. 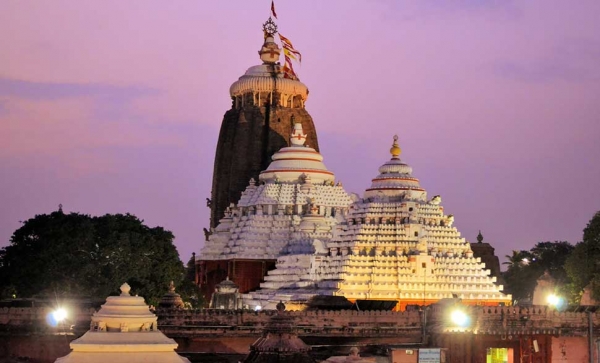 The sacred coastal city of Puri in Odisha is famous for its Jagannath temple. Dedicated to Lord Jagannath, the Rath Yatra (or Chariot Festival) temple witnesses a large number of devotees from all over the world celebrating the procession of deities from the temple to the ocean waters.

A shimmering golden façade reflects in the water, the soft tones of Granth Sahib read aloud, and the relaxed atmosphere - a trip to the Golden Temple in Amritsar (Harmandir Sahib) is a must. Don't miss the dining opportunity as thousands of pilgrims are fed daily. Guru Nanak Jayanti and Baisakhi are some of the festivals celebrated here with great enthusiasm.

Dargah Sharif, the mystical shrine of Saint Moinuddin Chisti in Ajmer, is a favorite among Bollywood celebrities who address him directly before each movie screening. Thousands of devotees come here to offer Cheddar the fulfillment of their desires. The annual Urs festival commemorates the mystic saint. 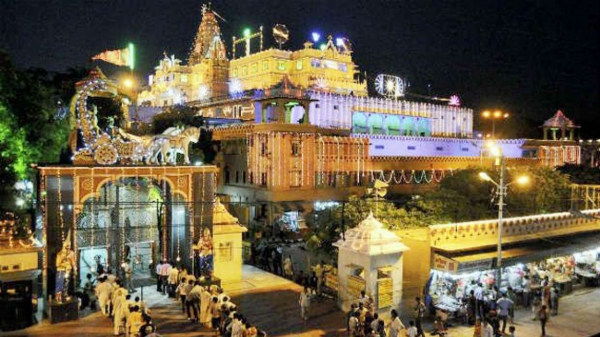 Known as the birthplace of Lord Krishna, Mathura, and nearby Vrindavan is home to hundreds of temples dedicated to the merry dark-skinned deity. The Keshav Dev Temple and Banke Bihari Temple are among the important shrines here. Janmashtami and Holi are important festivals in Dwarka. 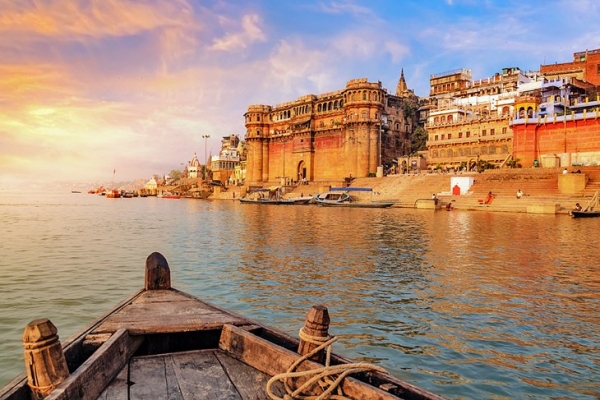 The ancient city of Varanasi is considered one of the holiest cities and there are many temples located on the banks of the River Ganges. The Kashi Vishwanath Temple and the Sankat Mochan Temple are two of the most visited places in the city. The annual Ganga Mahotsav celebrates the rich cultural heritage of India. 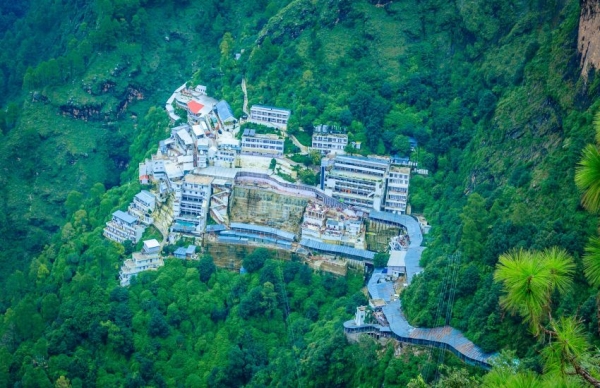 Located in the Terracotta Hills of Jammu, Mata Vaishno Devi is one of the most famous pilgrimages in India. Experience untold fun as you take an uphill stroll that leads to the caves where the goddess presides over and is blessed with countless blessings. Beautiful landscapes, omnipresent deities, and an exciting adventure, this is a journey in India that will remain etched in your memories forever. 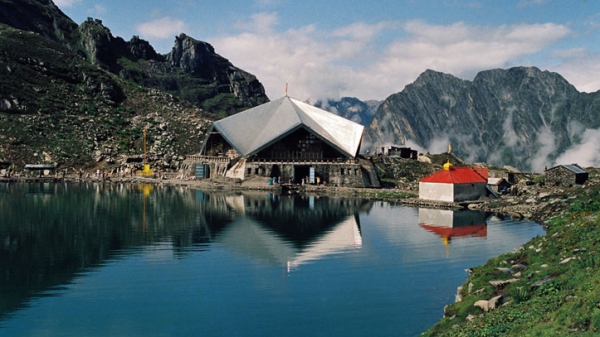 Located in one of the most picturesque places in the country, Hemkund Sahib adds charm to the religious tour in India and is one of the best religious places in India you must visit. Unlike other Sikh pilgrimages in India, Hemkund Sahib has a pentagonal structure. It is worth noting the beauty of the picturesque place, as this sanctuary is located in the midst of a high rise.

Located in the mystical bosom of Uttarakhand is nothing less than an empire of the Hindus. Varanasi, no doubt is one of the best religious places to visit in India. The sacred village is located by the sacred river the Ganges and provides wonderful tranquility. Watch the twinkling Dias float on the sparkling river by the energetic Ganga Arti River at night, and wander Har Ki Puri in search of an unparalleled deity in Haridwar. The Kumbh Mela, which occurs once every 12 years, attracts millions to the city; Even so, the city remains full of loyalists throughout the year.

Also Read: Get your Travel Insurance and Travel with the coverage