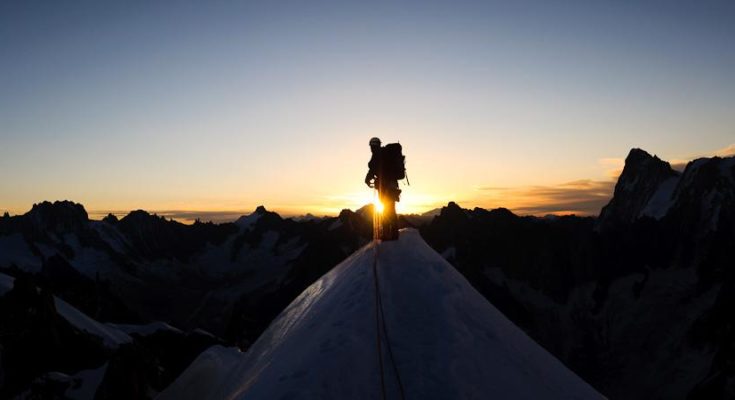 The mightiest and hardest mountains to climb in the world

Climbing is as close as we can come to flying

Dangerous yet compelling, causing an adrenaline rush in the climbers, mountain climbing is as deadly as it can be awe-inspiring. While there are many different factors that determine how difficult it is to climb a mountain, general perception would be just the height. Different routes can make it easy to climb on one side while next to impossible for another side. Sometimes the unfavorable weather conditions can make your expedition a death well. But how hard it may seem, there are some who are determined to conquer these heights and we bring top 10 mountains that are next to impossible to climb.

First discovered in 1958 only as few as 1400 people have climbed this mountain. The biggest risk here is the weather that can vary greatly. With one of the coldest temperatures on the planet this mountain often has winds that usually surpass 80 kilometers per hour. In case of an emergency, it could take weeks for any help to arrive. Apart from this, the travel to Antarctica is also very expensive as it can range anywhere between $34,000US $82,000. One of the most famous peaks in the Alps, Matterhorn is invaded by many climbers yearly even though as many as 500 people have died while trying to climb this gigantic mountain. Apart from the rocks falling, travelers frequently scrambling towards the peak during summer days pose a major threat to the climbers. But this is just not all, the deceptive and harsh weather conditions do not make it any easy for our brave climbers! A spiky spire coming out of the Patagonian Ice Fields mountains is the grand Cerro Torre. Guarded strongly by a layer of ice caused by the winds. Climbers have to face the ice and the sections which can be vertical and sometimes also be overhanging This mountain has a very famous and scary nick-name called the Murder Wall. Climbing this mountain requires technical skill and ice ax finesse, there is a fatal overhang,1800m face an ever-increasing threat of falling ice and rock due to global warming has killed many who tried. The first ever successful attempt was in 1938. Previously known as Mount McKinley, Denali is the tallest mountain in North America. It has a very high degree of latitude that means the oxygen and atmosphere up-top will definitely be narrow. Apart from this the altitude of this place, dreadful weather, relative isolation and punishing temperatures contribute greatly to the risk. The success rate of climbing here is just 50 percent and yet it has long captivated the hopes and hearts of climbers who come in numbers yearly for it.

The worlds tallest mountain, Mount Everest is no piece of cake when it comes to climbing. The weather here is highly dangerous and avalanches have taken numerous deaths over the years. Although the services now provided give you a chef, personal paramedics and porters to carry their loads, climbing this mountain is certainly no joke. Also called The Ogre this magnificent mountain has only been summited three times. This is so because since the start the mountain has tremendous obstacles one has to face for survival. Owing to its massive size, complex shape and causing distress in inclination this is certainly one of the toughest peaks to climb in the world. Taking more time as the years pass by, the Kangchenjunga range is regarded as the home of the rakshasa (man-eating monsters). Only 187 people have ever climbed this mountain, though a majority of the climbers stop in regard to respect for the Buddhist culture as this range holds a great deal of religious significance. Although all the peaks in the Himalayas are surrounded by danger K2 has the highest difficulty level. Besides being the second tallest mountain in the world, it is often regarded as the death zone. A section called the Bottleneck has the climbers go through a tall overhang of precarious glacial ice and massive, sometimes unstable, seracs. This is the shortest route and conserves a great deal of time. As it is at an 8000m altitude above human life can barely sustain, the threat of the seracs falling down randomly while taking the climbers with them always stays. Annapurna is an example how height doesnt add up to the difficulty of climbing a mountain. It is the tenth highest peak in the world with a 40 percent summit mortality rate. The dangers of storms and avalanches are always looming over the mountain and it is therefore considered the toughest mountain to climb in the world.