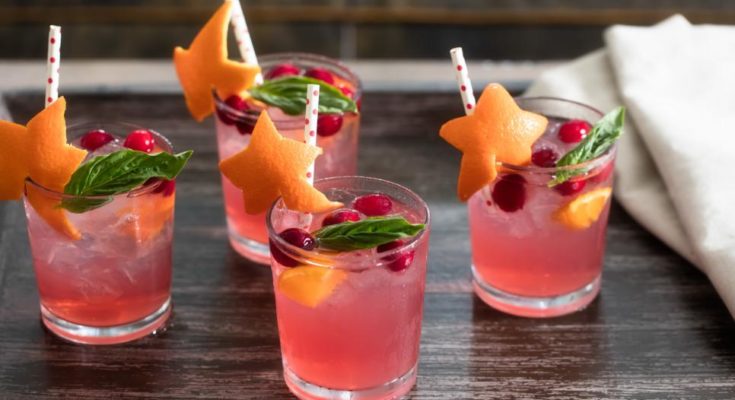 The best holiday cocktails from around the world

Cover Stories Nov-09-2018 by Manmeet Kaur Tura
What is a good travel experience without amazing food and drinks! Every state and city has their own flavors to add on your table but lets know which the best ones are, especially when it comes to cocktails. Here is a list of the best cocktails from around the world,WASSAIL (U.K.) This cocktail has a very interesting story to itself. As legend has it, a gorgeous Saxon noblewoman seduced the drunken king with a goblet of mulled wine which was the drink of choice for the rich. Once they both got into each other entirely in love, the king greeted her by saying, Waes hail. He later married her and toasted the union with Drinc hael, which means drink in good health. The word wassail later was transformed into meaning the toast itself after the farmers began to drink and yell to promote fertility on their farms. Shouting Waes hail, friends. It is a delicacy to taste with a history of its own. It is not just popular for the story but also for its unique and traditional style of preparation.GLGG (SCANDANAVIA) OR GLWEIN (GERMANY AND AUSTRIA)Glogg is a spiced and mulled wine and is established over the years due to its unique taste. It was earlier made from just wine but with time has been fortified with port and aquavit or brandy and has become well-liked across Europe. Its German counterpart,glhwein(glow wine), is often prepared with white wine, and its Irish version is made with their native whiskey.HOT BUTTERED RUM (U.S.)Hot Buttered Rum is a rich and creamy cocktail that will warm you down to your toes. New England used to make a hell of a lot of rum in the old times that was transported to all corners of the world but not all of it. They drank it hot, cold or even straight up. Rum was mixed with numerous things like with water, lemon juice, orange juice, apple juice, baked apple, sugar (always sugar),maple syrup, molasses, brandy, gin, ale, port, madeira, nutmeg, cloves, egg whites, egg yolks,milk, cream, butter and almost everything.And when the local industry faded away New England still hung onto rum for medicinal purposes.This remains to be a legacy worth trying.COLA DE MONO (CHILE)If you are a party animal you must go for the Cola de Mono. Though it seems like a cross between Egg Nog and a White Russian, this drink is an exclusive experience. Cola de Mono stands for tail of the monkey, and this maybe because of the effect it has on partygoers. This milk-based punch is made with sugar, spices, coffee with a dose ofaguardiente(a distilled grape spirit, putting it in the category of brandy). Its served cold and is lighter than egg-nog. But one need not take it lightly, it has a very strong effect.PONCHE NAVIDEO (MEXICO) AND PONCHE DE FRUTAS (GUATEMALA)These fruit punches are the best for holidays and their recipes tend to be somewhat similar, due to the use of similar fruits but the rummy punches turn out somewhat differently. The preparation of Ponche Navideo is difficult to recreate anywhere else. This cocktail includes tejocotes, the fruit of the hawthorn tree. It is made in a traditional way with recipes passed down through families and varies broadly from place to place, but it always results in a tasty warm drink.COQUITO (PUERTO RICO)Coquito means little coconut, and is thought to be a derivative of eggnog. This creamy and tropical rum drink is immensely popular. In Cuba, you can enjoy it in various flavors topped with coconut ice cream. Its also sometimes served as an after dinner chaser, and is the theme of anannual cocktail competitionat the Museo Del Barrio in New York.SORREL PUNCH (JAMAICA)In Jamaica, Sorrel Punch is found everywhere during the holiday season. Sorrel, also known as hibiscus, is considered to be a panacea. It is a fruity, herbal punch which warms your body and your soul. Sugar, rum, ice with a punch of lime and orange slices. A must try.

Bombardino isthe unofficial winter drink of Italian ski resorts, seems similar to eggnog, but it is served hot, rather than cold. It is made withAdvocaat(an alcoholic Dutch drink made from eggs, sugar, and brandy), rum or brandy, and garnished with whipped cream. The drink was probably named "the bomb" because of its high alcohol content.Read more:-10 best vacation cities for beer lovers