When it comes to Telegu movies, they have an age-old tradition that their Tollywood movies should at least have a little part shot in a foreign destination. There are so many Telegu movies in which songs have been shot in some of the most exotic foreign places such as Switzerland, USA, Bangkok and so many others. As of now, with the increase in the budgets of the movies and high technology story writers, stories are being written to be shot in foreign locations.

When it comes to Telegu movies, they have an age-old tradition that their Tollywood movies should at least have a little part shot in a foreign destination. There are so many Telegu movies in which songs have been shot in some of the most exotic foreign places such as Switzerland, the USA, Bangkok, and so many others. As of now, with the increase in the budgets of the movies and high technology story writers, stories are being written to be shot in foreign locations.

Some are fully shot in foreign countries while others are shot 70 to 80 percent outside of India. This is something that has become a big part of Tollywood movies. Even during the 1980s, movies such as  Padamati Sandhyaragam had been shot extensively in foreign locations. These days, this trend is on the rise. We have a list of some of the top Telugu movies that have been shot in a foreign location. So read out to know the destinations where your favorite movies have been shot!

Also read:- 10 places in the world where the Indian rupee will make you feel rich 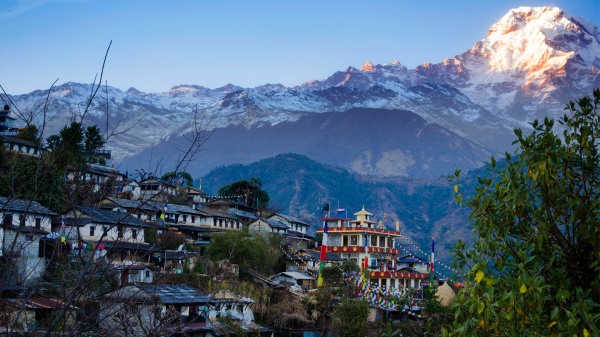 Sahasavanthudu was the first Telugu film that had been shot in a foreign location. The star cast of the movie included N. T. Rama Rao and Vansiri.
Nepal is home to the World's tallest peak, Mount Everest. Nepal has many must-visit places as well. Some of these include Pokhara, Kathmandu, 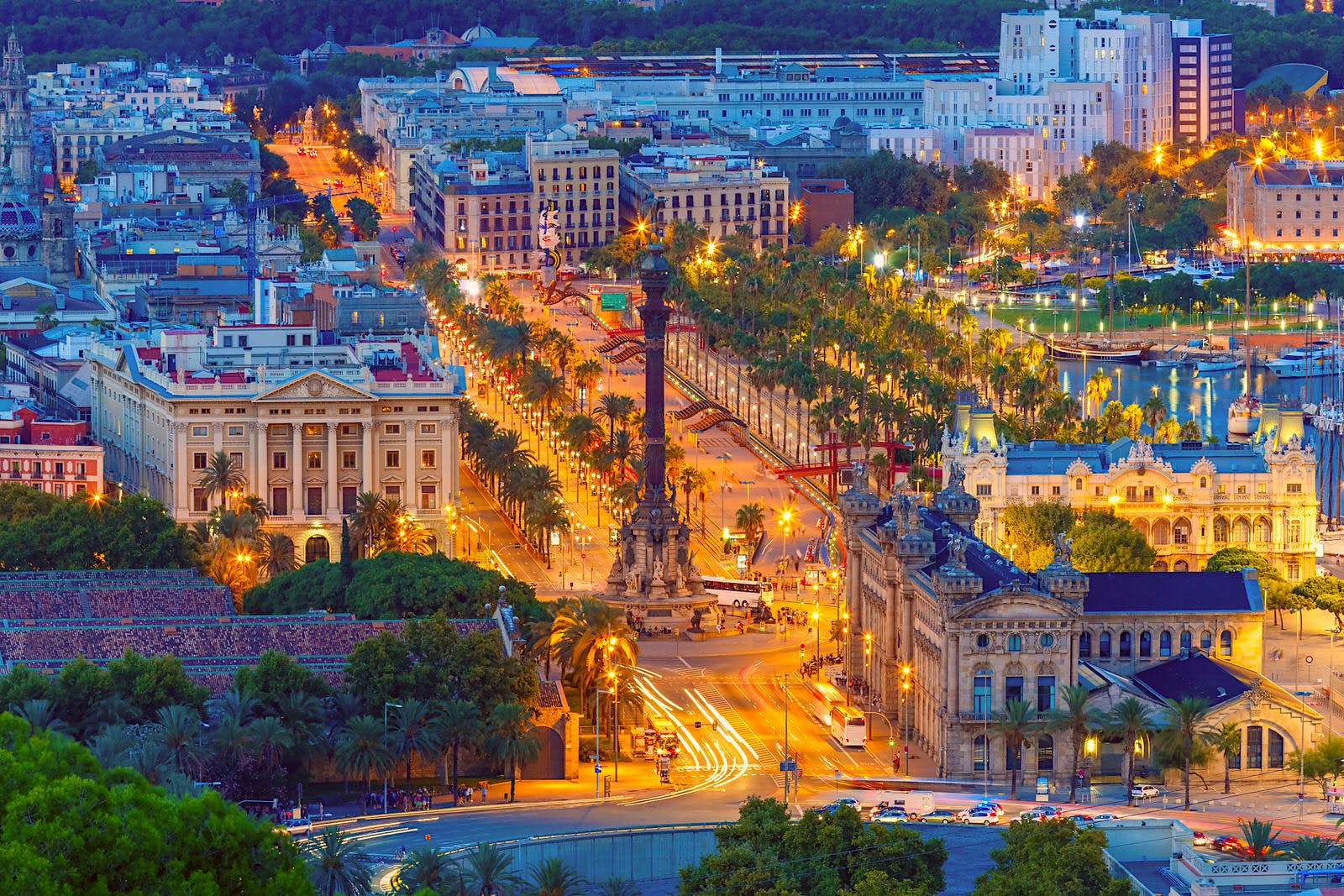 Don Seenu is a famous Telugu film that was shot in Barcelona. There are so many activities that one can do when they visit Barcelona. The star cast of Don Seenu has Shriya Saran and Ravi Teja who have the main roles.

Barcelona is a beautiful city in Spain with a rich cultural significance. The city is located on the Mediterranean coast. Some of the top attractions of Barcelona are Sagrada Familia, Girona, Park Guell, the Gothic Quarter, Casa Mila, Tibidabo, Magic Fountain of Montjuic and so much more. The weather is mostly pleasant throughout the year in Barcelona. But the best time to visit here is during the months of May to August. 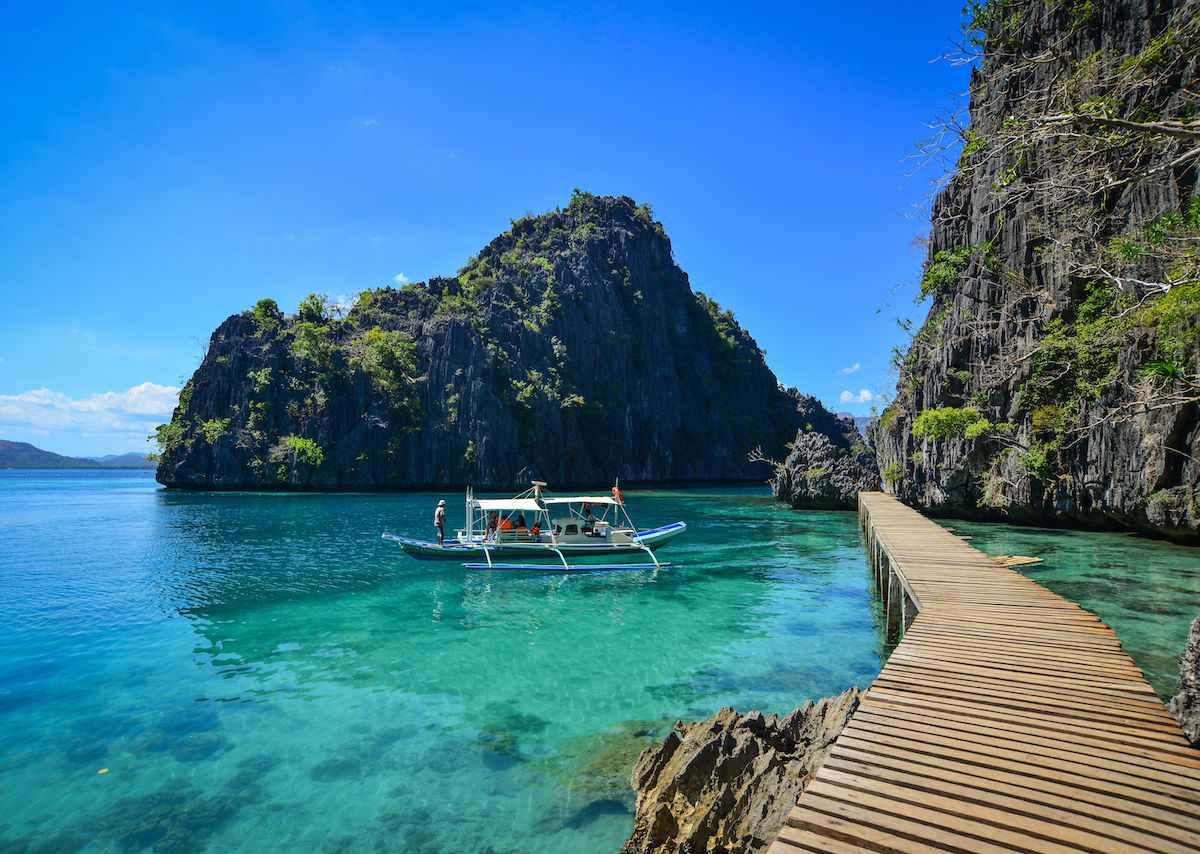 Dhada is an intense action-drama Telegu film that happens in Bangkok. The highlights of this movie are definitely beautiful locations and the camera work. The team has shot at various locations such as in Frankfurt, Austria, Bangkok, Manila. The star cast of Dhada includes Naga Chaitanya and Kajal Agarwal who had the main roles.

Frankfurt is the fifth-largest city in Germany.   This modern city has a lot of cultural heritage. Some of the top trade and fairs are held here such as the Frankfurt Motor Show and the Frankfurt Book Show. On the other hand, Austria, the Land of Music and Arts is known for its scenic beauty, neo-classical architecture and rich culture. The famous places to see in Austria are Vienna and Salzburg.

Also, read;- Take a trip to the Gue Village in Spiti Valley to get a Mummy Experience 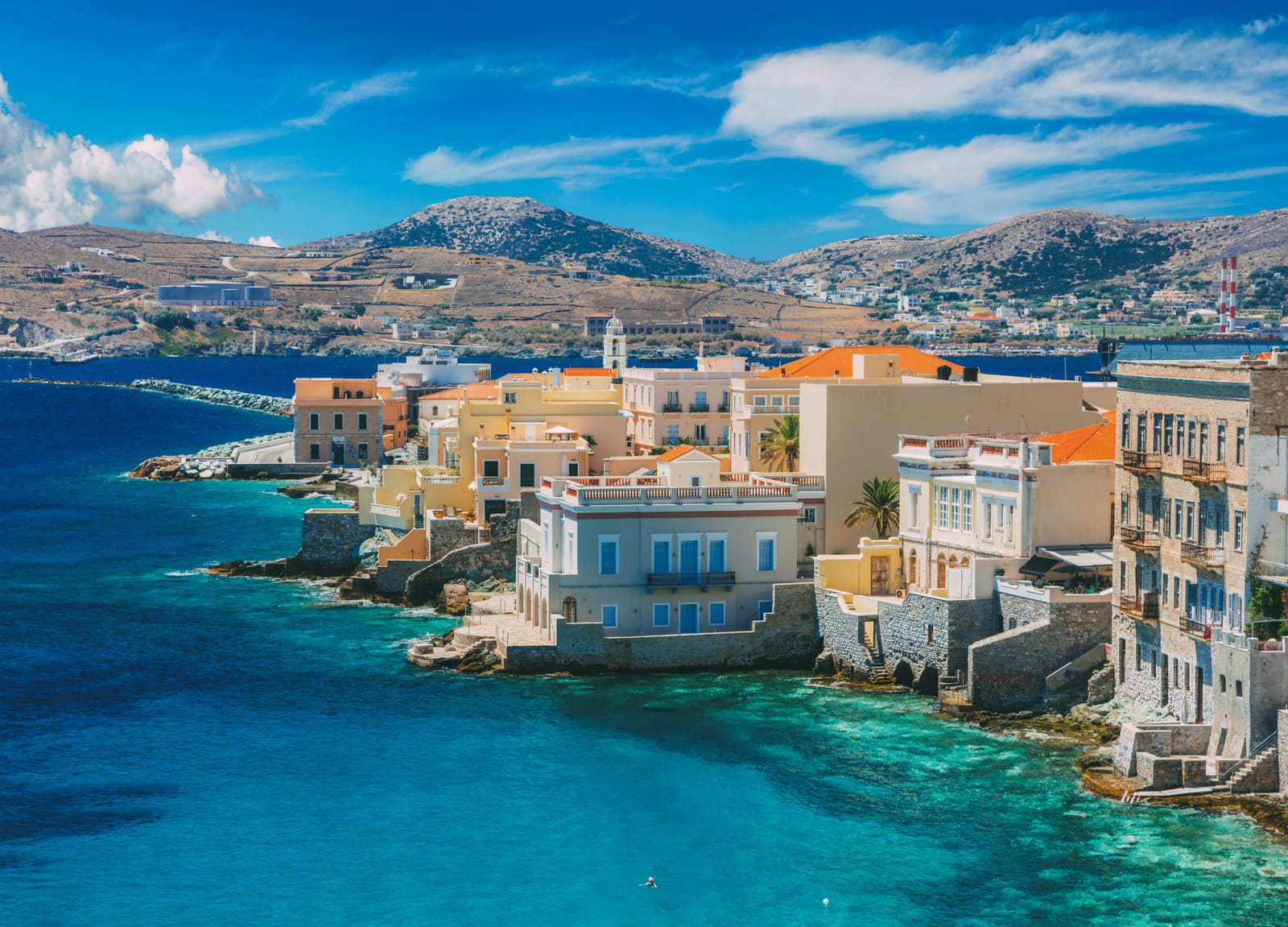 The movie was shot in the beautiful country of Greece. Greece is a beautiful island country located in Europe. Greece has a total of 2000 islands out of which only 160 have been inhabited. Greece has a strong history and culture, mountains, beaches, and ancient ruins. They have a strong presence when it comes to music, food, and festivals.

Orange is a love story between Genelia and Ram Charan. The movie was shot in Australia and is the biggest and longest Indian film shoot in Australia.

Melbourne is located on the Southern coast of Australia. Melbourne has a lot to offer when it comes to museums, wildlife parks, and aquariums. They have the breathtaking Yarra Valley and Dandenong Ranges. The city has a diverse and rich culture and excels in all fields such as drama, music, art, literature and so much more.

In the movie, NTR is the hero who is saving his heroine at all times. Egypt is an exotic country with its Beautiful pyramids, mysterious mummies and tons of gold. Cairo is the famous city of Egypt, the river Nile, adventures in the desert, the temples and mosques are popular attractions in Egypt.

This is a love story shot in the beautiful town of Venice in Italy. Venice, the City of Love is popularly known for its artwork and Venetian Gothic architecture. Venice has various interconnected canals and the famous gondola rides. Venice has a romantic aura that attracts tourists here. Some of the top attractions to see in Venice include St. MarkÍs Square, Ca'Rezzonico, San Giorgio Maggiore, and so much more.

Amar Akbar Anthony (AAA) is a revenge drama starring Ravi Teja and Ileana D'Curz as the lead cast. The film was shot in New York City

New York City is one of the top cities in the world. It is popularly known as "the city that never sleeps." New York is famous for its magnificent skyscrapers, Broadway shows, and beautiful attractions. Some of the top places to see in New York include the Statue of Liberty, Times Square, Empire State Building, Central Park, Brooklyn Bridge, Rockefeller Center and so much more.

The movie stars Nithiin, Megha Akash, and Arjun Sarja. It is shot over several locations in the United States primarily California, Trump Towers, and Chicago.

Chicago is a metropolitan city in the state of Illinois, USA. Some of the popular attractions of Chicago include Millenium Park, Navy Pier, Art Institute of Chicago, Shedd Aquarium and others

The movie stars Nani, Nivetha Thomas, and Aadhi Pinisetty. It is a love story that starts in Vishakhapatnam in India. And the second half of the movie is shot in the USA. It is shot in San Francisco and Santa Monica.

Vishakhapatnam is one of the oldest port cities of India. Visakhapatnam is popular for its beaches and serene landscape. The famous attractions in Vizag include Kailasagiri, Katiki Waterfalls, Kambalakonda Wildlife Sanctuary, Borra Caves, Submarine Museum and so much more.

On the other hand, San Francisco is a beautiful city located on the West Coast of the USA. The popular places to visit in San Francisco include the Golden Gate Bridge, Alcatraz Island, Fisherman's Wharf, the Walt Disney Family Museum, and so much more.

Also read:- Get ready for a space flying experience with the Zero-Gravity Flights

The movie stars NTR Jr, and Rakul Preet Singh. The movie set up is in London and revolves around an NRI family. It is shot in locations of England and Spain. The movie also has some songs shot in the streets of London and other beautiful places.

London, the capital of England is known as a confluence of the old and the new. It is one of the top cities of the World. The top attractions in London are Buckingham Palace, St. Paul's Cathedral, London Eye, Westminster Abbey, Tower Bridge, Big Ben, Hyde Park, Kensington Palace and much more. 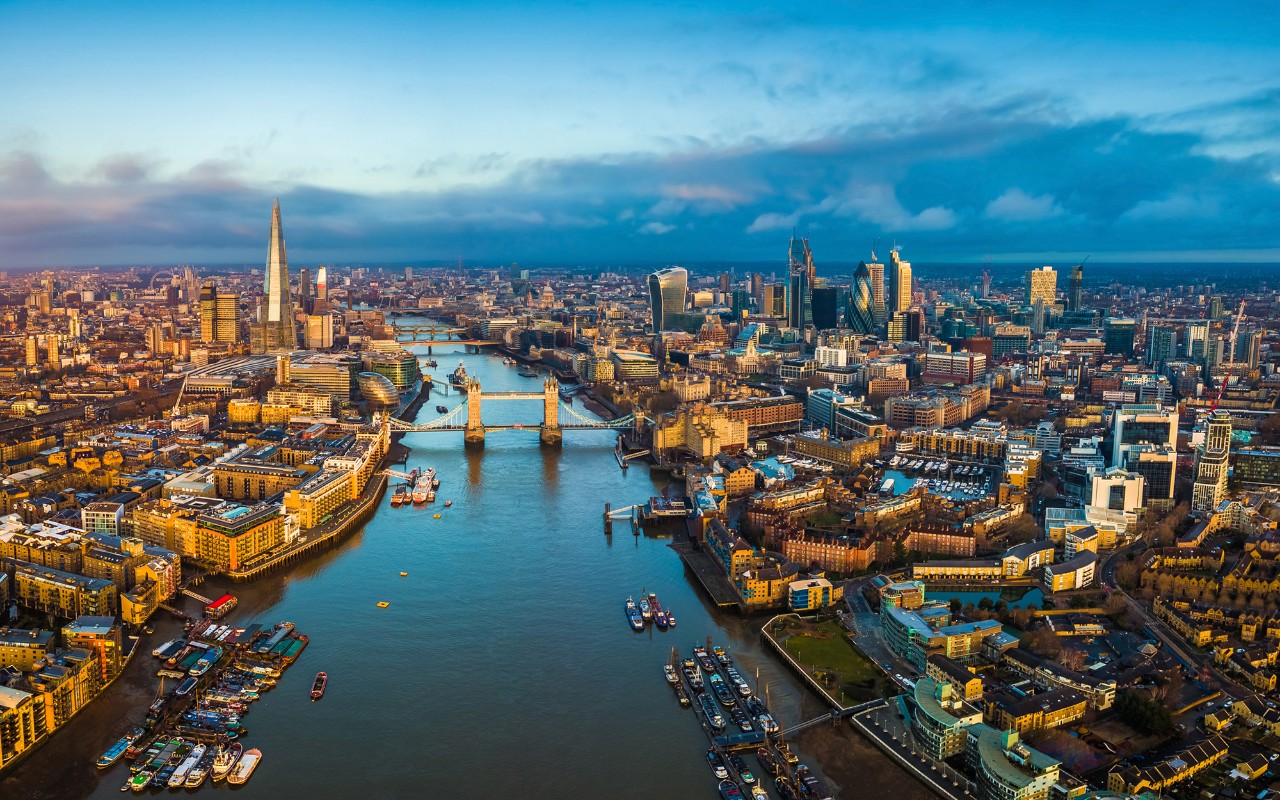 The movie stars Mahesh Babu, and Kriti Sanon. It is a psychological thriller. The film has been shot in London, Belfast, and Bangkok.

Bangkok is the capital city of Thailand and known for its contrasting cultures and faiths. We can see both skyscrapers and beautiful temples and monasteries. All types of cuisines from Thai to every other cuisine is found here. The nightlife of Bangkok is just amazing with the nightclubs, rooftop bars, neon light signs and cheap drinks. It is a cultural hub and known for the cabaret shows, muay Thai and dance exhibitions. The top tourist attractions include the Grand Palace, Wat Pho, and Wat Phra Kaew. 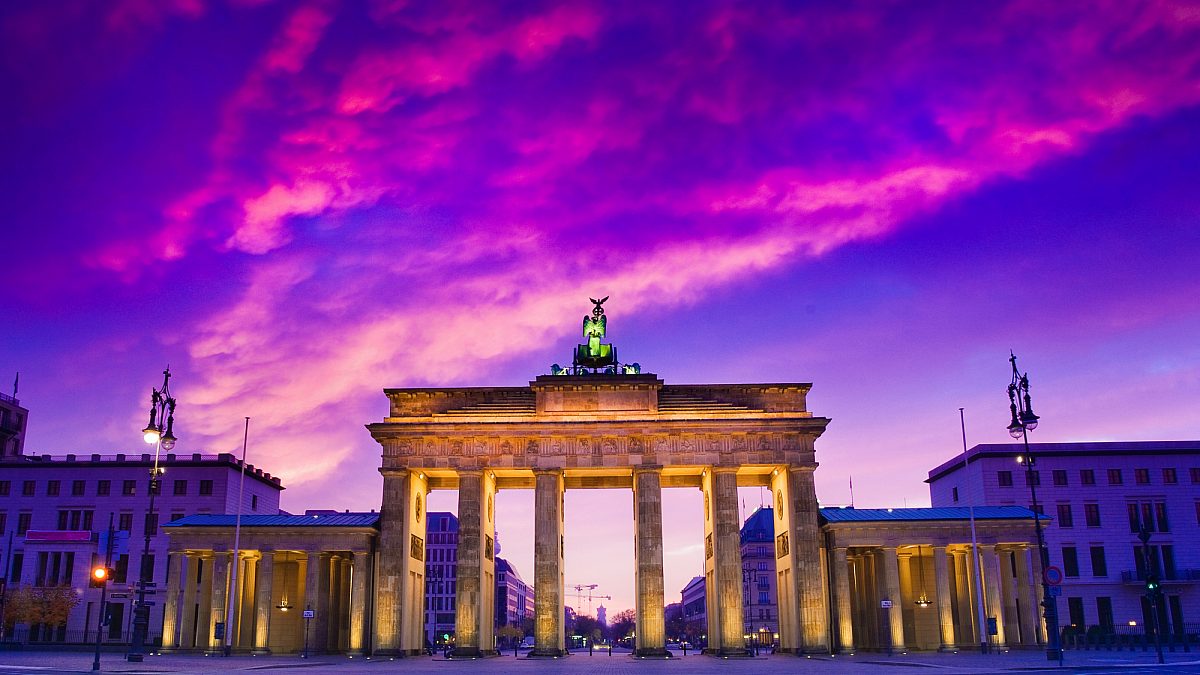 Ela Cheppanu is a nice entertainment movie starring Tarun and Shriya in the main roles. The shooting of the movie took place in Hyderabad, and then in Germany. All the locations have been captured beautifully.

Hyderabad is known as "the City of Nizams."  The city is known for its delicious food and pearls. You must have heard of the 'Hyderabadi Biryani.' The top attractions to see include Char minar, Golconda Fort, Ramoji Film City, Hussain Sagar Lake, Birla Mandir, Chowmahalla Palace, Lumbini Park and so much more.

The film stars Raja, Parvathi Melton, and Sharwanand. The film storyline is of Indian students who are studying in foreign countries. It is majorly shot abroad especially in Michigan, United States. 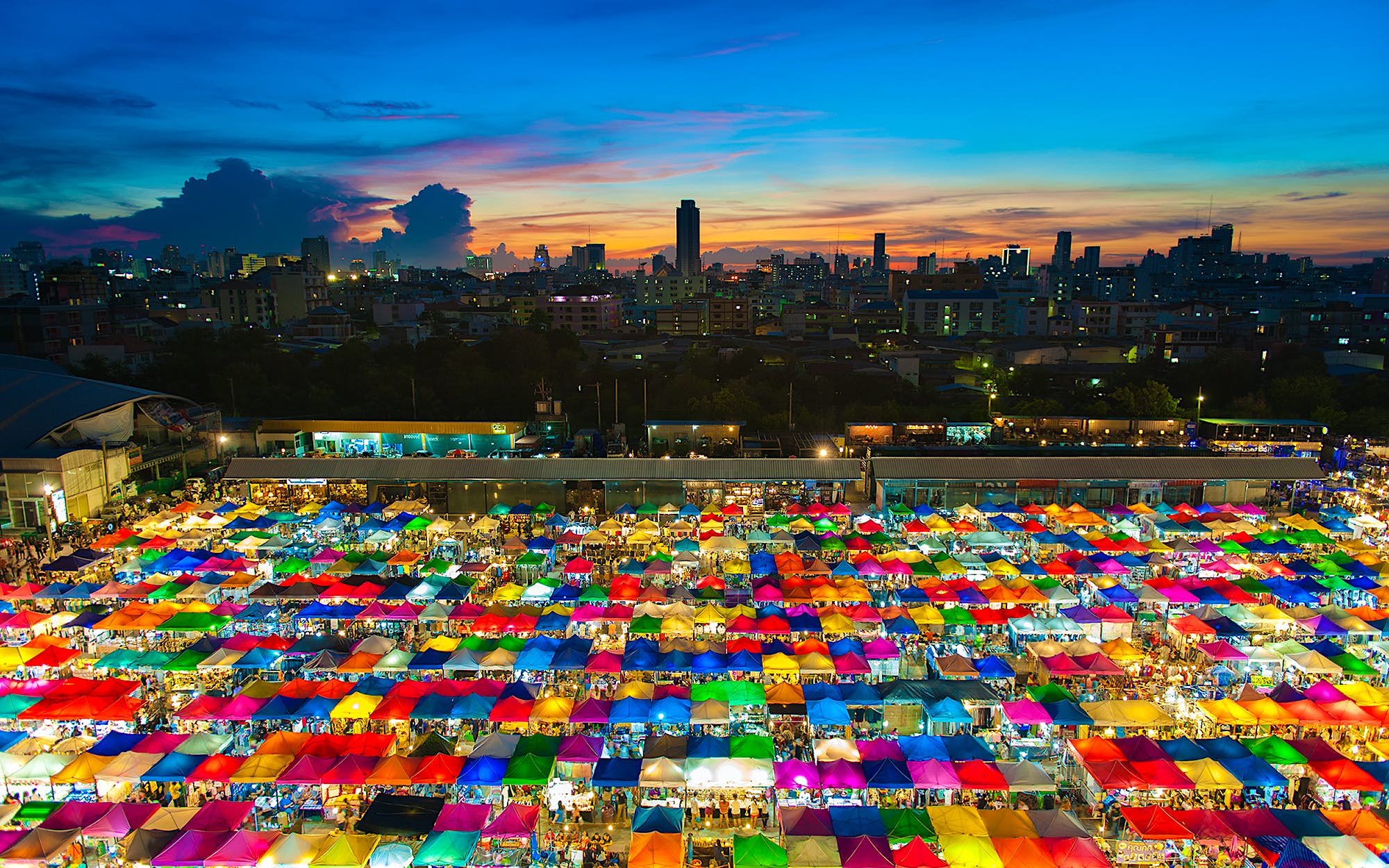 The film is starring Aryan Rajesh and Deepika. The shooting was first done in Hyderabad then Bangkok. Much of the film is shot in Bangkok.

The movie stars Prabhas, and Anushka in the lead roles. It is a remake of Don. The movie is mostly shot in Malaysia and the surrounding places and a few minutes of the film is shot in Vishakhapatnam as well.

Malaysia is a beautiful country located in Southeast Asia. It is rich in culture, history, art, nature, and cuisine. Some of the popular attractions to see include Kuala Lampur, Langkawi, Georgetown, Kota Kinabalu, Penang and many more. 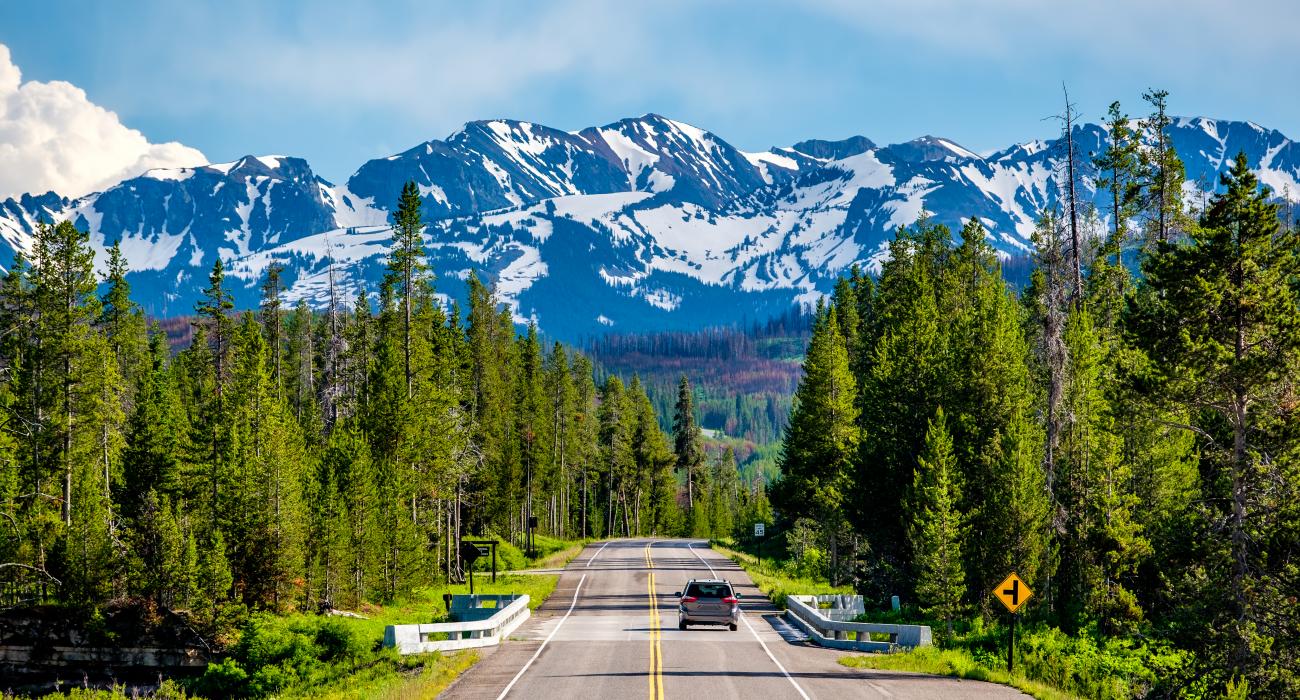 The film is starring Varun Sandesh and  Anita in lead roles. The movie is a love story shot in the USA. Some of the songs in the movie have been shot in exotic foreign locations such as USA, Dubai and Las Vegas

Dubai is a middle-eastern megacity. It is one of the most popular tourist destinations in the world. The top places to see in Dubai include the Burj Khalifa, Palm Jumeirah, Burj Al Arab, Dubai Aquarium and Underwater Zoo, and many others

The film is starring Allu Arjun, Amala Paul, and Cathrine Tresa. The starting scenes of the movie have been shot in Barcelona, Spain. And then it is shot in Paris, Bangkok and New Zealand.

The movie is starring Nithiin and Adah Sharma in lead roles. Most of the shooting of this film is done in Spain and Goa and Romania.


Also read:- Enjoy a vacation at the Mini Maldives Near Kochi for an Underwater Stay For Just Rs 4,622/Night